O 16 was commissioned in 1936, and shortly thereafter involved in a scientific research programme led by Vening Meinesz, who used the submarine to conduct gravity measurements in North American waters. That same year O 16 carried a famous passenger, Prince Bernhard, husband of the Dutch Queen Julianna, as he took a short trip on board the vessel.

The first active combat seen by O 16 and her crew followed the declaration of war on Japan by the Netherlands on December 7, 1941, following the declaration of war upon the United States by Japan and the attack on Pearl Harbor. The very next day, O 16 began attacking the Japanese forces invading North East Malaysia, and managed to damage several vessels and sink the troop ships Tozan Maru, Asosan Maru and Kinka Maru. After this successful campaign, she began to head for her home port of Singapore, where she had previously been stationed. On the night of December 15, 1941, as O 16 was exiting the Gulf of Thailand, she struck a mine, broke nearly completely in half and sank with 41 members of her crew. Only one man survived, boatswain Cornelis de Wolf, who reported later that he drifted for over 30 hours at sea before reaching land. After the report of De Wolf was analysed, it was concluded that the submarine had struck a known British minefield, which placed the blame for the loss of the ship, and the lives of 41 men, squarely with the captain of O 16. For over 50 years, it was assumed that it was this navigational error that resulted in the loss of the men and their vessel. 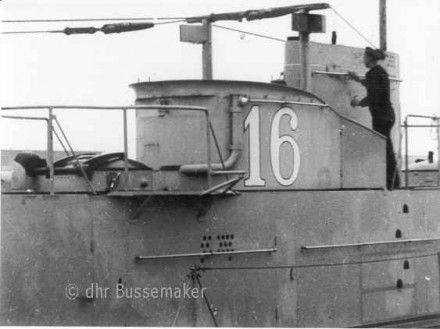 The bridge of the O 16 (picture: Bussemaker).

In 1995, Sten Sjöstrand, a former shipbuilder and highly experienced shipwreck researcher living in Singapore investigated a shipwreck 34 km northeast of Tioman Island. The wreck turned out to be a badly damaged submarine, and, knowing the history of O 16, he contacted a Dutch journalist who put him through to the Royal Netherlands Navy. The Navy, which had been looking for the wreck site of O 16 for many years, quickly sent a group of investigators, including retired navy officers Hans Besçon, who had personally located his father's ship, the K XVII.

The wreck was found lying at a depth of 53 m, which required long decompression times for the divers. Despite the difficult diving conditions, the net cutters and two retractable A-A guns typical of the O 16 were found at the site two days after beginning, and the layout of the bridge visually corresponded to the construction drawings of the Dutch sub. The wreck site of O 16 was officially identified, some 70 km north of her assumed position. The news of O 16's final position turned out to be quite important, and, combined with Japanese information revealed that a chain of mines had been placed north of the British minefield, exonerated the captain of O 16. Some 50 years after his death, the world finally knows that he truly held no fault in the loss of his men and his ship. 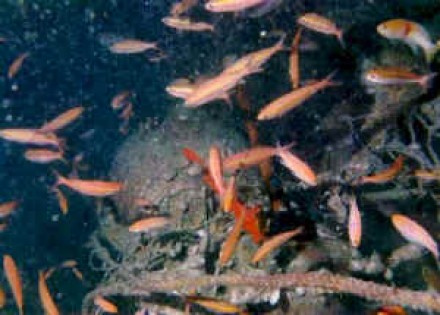 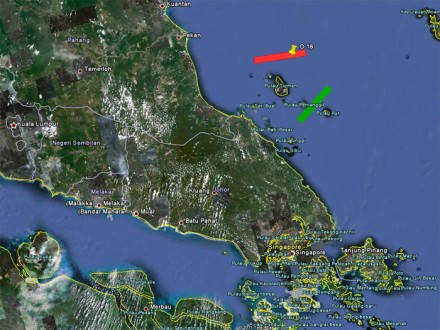 The location of the O 16 wreck compared to the position of the Japanese (red) and British (green) minefields. 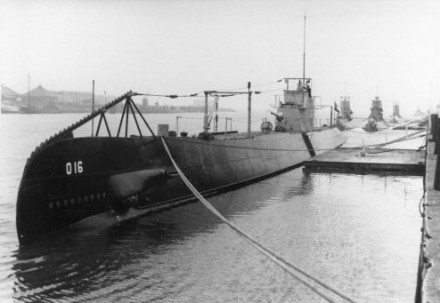 Until recently, the wreck of O 16 was largely preserved in situ. In October 2013, disturbing news about the wreck of O 16 came from Malaysia. At the location of the final resting place of O 16, along with the 41 sailors that sunk with her, an Indonesian crane ship was sighted carrying a load of rusty scrap metal. Whether the war grave has been the victim of illegal commercial salvage remains unclear. 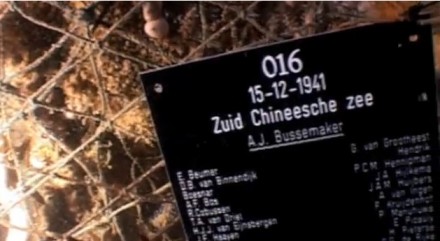 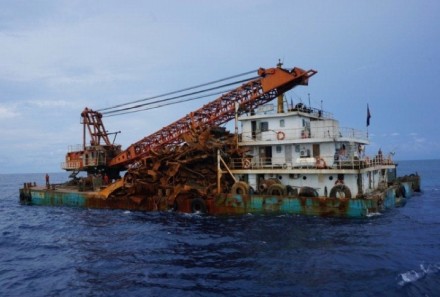 The Hai wei gong 889 (still from Australian Network news) at the location of the O 16 after possibly having salvaged the site of submarine O 16 in October 2013 (source: RCE). 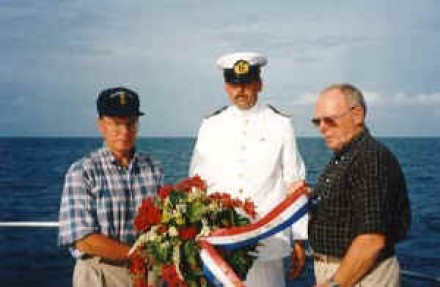 After the O 16 had been positively identified in 1995, a brief ceremony was held at 53 m above the site. Sons of O 16's commanding officer Henk and Ton Bussemaker tossed a wreath of flowers into the sea on behalf of the families of the deceased (source: Dutchsubmarines.com).