The Royal Netherlands Navy light cruiser Hr.Ms. De Ruyter was laid down on September 16, 1933 at the Wilton Fijenoord dockyard in Schiedam. She was launched on March 11, 1935 and commissioned on October 3, 1936 by Captain A.C. van der Sande Lacoste. 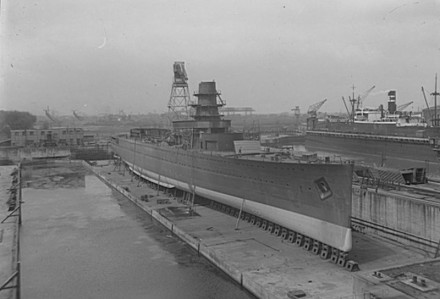 She was intended for the defense of the Dutch East Indies and originally designed as a 5000-ton ship with a lighter armament, but due to the cost-cutting policy that went into her design, De Ruyter would prove not to be up to the task. Especially the ship's main battery of seven 150 mm guns was considerably under powered compared to other ships of the time. During World War II, the Netherlands Navy and De Ruyter stood no chance of warding off the Japanese Invasion of the East Indies.

The battle began ca. 16:00. Although the fleets were equally matched in numbers, the Japanese cruisers had better fire range and armour. In the first phase of the battle, the cruiser Exeter was hit and Hr.Ms. Kortenaer sunk by a torpedo. In the evening at about 21:30. The HMS Jupiter ran onto a mine and sunk. By now Doorman's command was reduced to four cruisers.

Sinking of the De Ruyter

At 23:00 they found the Japanese Fleet for the second time. Both columns exchanged fire in the darkness at long range. In this engagement Hr.Ms. De Ruyter and Hr.Ms. Java were sunk by torpedoes. The 168 m long ship disappeared into the waves along with 345 of its men, including Rear Admiral Doorman who chose to go down with his ship. The Japanese invasion fleet was delayed, but not prevented from making a landing on Java. Another four allied ships were sunk during the battle, which factually eradicated Dutch presence in South-East Asian waters and marked the end to the Dutch colonial age. The surviving cruisers, Houston and Perth, were sunk on the evening of the same day as they attempted to withdraw to Ceylon.

109 survivors were taken as prisoners of war. Two people on board were doubly fortunate; sailor Klaas Leendert de Bruin (1914-1957) was rescued by an unknown ship and the American Marvin Edward Sholar (1912) was rescued by the USS S-37. 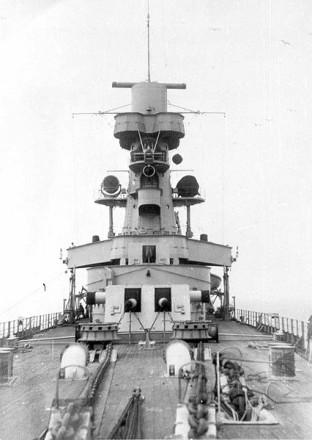 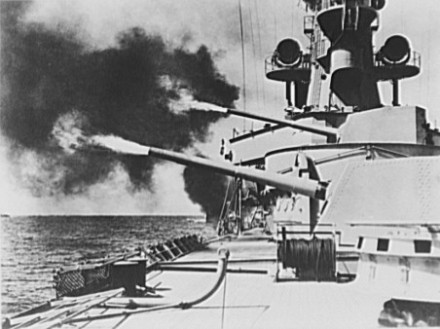 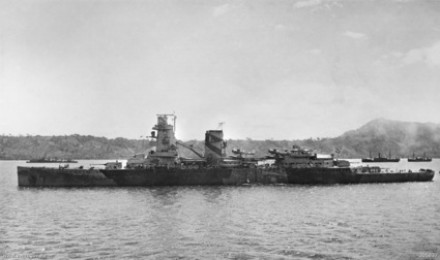 A port side view of Rear Admiral Doorman's flagship, De Ruyter, at anchor shortly before her loss in the Battle of the Java Sea. Note the tall super structure and funnel and the two Fokker C14W aircraft midship. The cruiser is camouflaged in the two-tone grey splinter pattern common to Dutch ships, taking part in the defense of the Netherlands East Indies (source: Australian War Memorial, ID no. 305838). 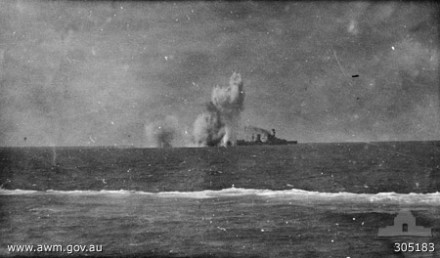 A Fokker C-11W floatplane takes off.

On December 1, 2002, both cruisers, De Ruyter and Java, were found in the Java Sea, near the island of Bawean. An international group of divers looking for HMS Exeter stumbled upon Hr.Mr. De Ruyter during a search with sonar. The ship was at a depth of approximately 69 m, with a small side to starboard.

Divers were able to confirm that it was indeed the De Ruyter. The discovery received little attention outside diving circles, but once again made the news in 2004 when four ship's bells were stolen from the De Ruyter and the Java and offered for sale. The Royal Netherlands Navy owns the ship's bells again. One of the bells has been placed in Surabaya on the Karel Doorman monument. Two bells are in Den Helder, in the Naval Museum and in the Command building 'De Admiraliteit', and the fourth bell is on loan to the Kloosterkerk in The Hague. 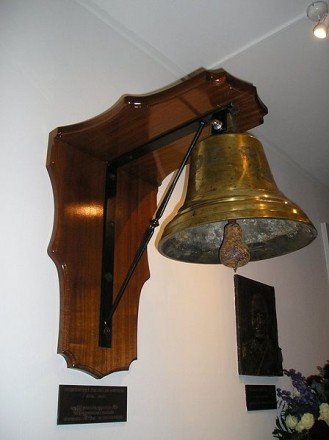 The ship's bell is now on display in the Kloosterkerk in the Hague (source: Wikipedia Commons). 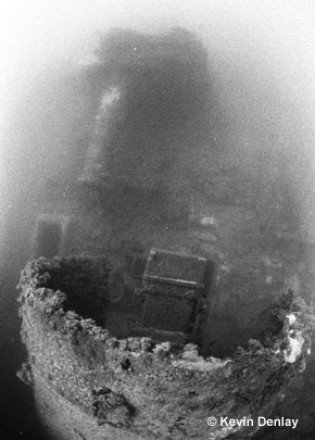 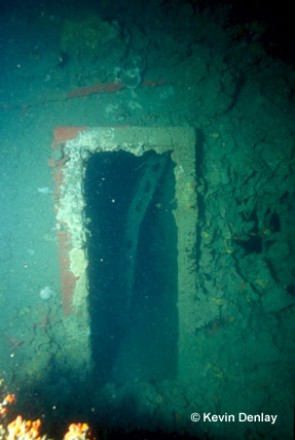