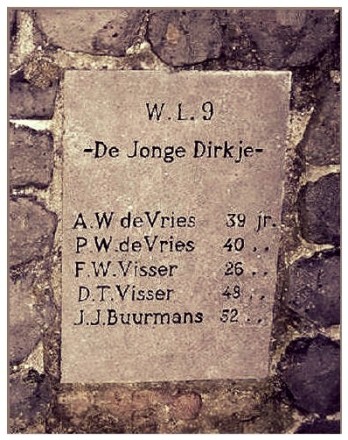 The place of stranding of this 'blaas' remains unknown, nothing was salvaged, the sea has swallowed ship and crew.