The W.L. 4 was called "De Klopper". It was a barge of 30 tons that was built in 1846. It is possible that this barge was built in the Kuinre, because some older barges from the Paesumer fishing fleet came from here. The value of this ship was estimated at 2500 guilders. Owners were: Klaas Jitzes Visser, 43 years. 2/5; Douwe Jitzes Visser 1/5; Hermanus W. Wobma, a farmer from Metzelawier 1/5; J. Veenstra, not. at Metzelawier 1/5. 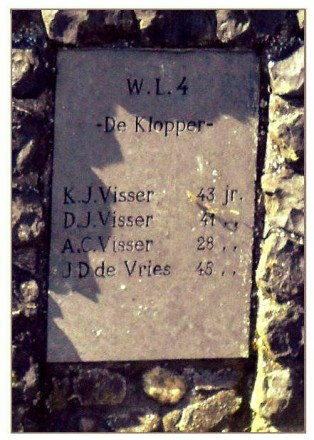 Every single person on the ship drowned.