Burgzand Noord 17 (BZN 17) was discovered and reported in 2009 by recreational divers from Duikclub Texel (Diving Club Texel). The ship is well preserved with many finds in good condition. One of the finds was a dress (see below). The ship is also known as 'Palmhoutwrak'.

BZN 17 is the wreck of a Dutch-built armed merchantman (a straetvaarder, pinas or fluyt) that was likely built ca. 1640-1650. The original name is unknown. The ship is well preserved to the uppermost main deck. Most of the ship and hull seem to be well preserved in the sand. Site dimensions are 40 x 20 m. At least five cannons were reportedly salvaged. One cannon is reported to be from this wreck. The other four have disappeared.

Dendrochronological analysis of the planking and part of a frame has given a clear date.

Construction features make it probable that it was a Dutch-built ship. The provenance of the wood was Lower Saxony, Germany. These dates fit the inscription on a Jacob's staff that was found on the wreck, which reveals a date of 1636. One cannon, reportedly salvaged from the wreck by recreational divers, has an inscription of the Admiralty of Amsterdam indicating it was made in 1639. 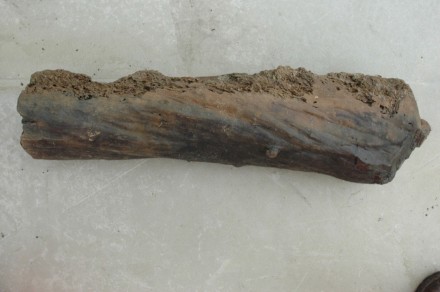 Part of the cargo was Italian majolica earthenware. Some objects found belonged to the inventory of the ship (earthenware) and personal belongings of the crew are Dutch.

Part of the cargo consisted of boxwood (buxus). This is very durable wood used for cabinets or music instruments. The relatively large size of the trunks suggests a southern European / North African origin. The trunks of boxwood were damaged by the shipworm. If wood or a wooden shipwreck is above the sand, the shipworm is a huge potential threat to the preservation of the wood. The shipworm destroys a shipwreck in relatively short time. Without protection a ship could disappear entirely in a few years’ time.

A silk dress found buried in the sand by recreational divers is one of the most significant maritime finds ever made. The dress, other items of clothing and day-to-day artifacts such as a comb, books and a pomander were found by divers in the BZN 17. The dress, which experts say was probably owned by a noblewoman, if not royalty, is in remarkably good condition. Made of silk damask with a pattern of flowers, the dress was probably for everyday use because it does not have silver or gold embroidery. Other items of clothing found under the sand were richly embroidered. All the clothing is of similar size, indicating it belonged to the same woman. 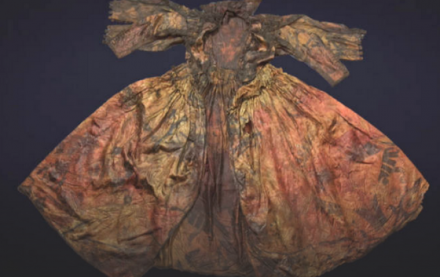 The BZN 17 has already produced remarkable finds. Divers have reported finding a chest with books. The books were destroyed before experts could examine them. Only a leather cover remains, which is very important and intriguing because it carries the coat of arms of the British king Charles I from the House of Stuart. This is direct evidence that at least part of the cargo belonged to someone who was close to the English royal family, the Stuarts. 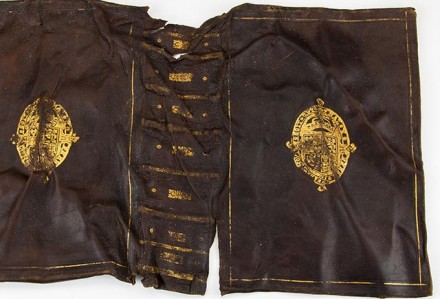 The leather book cover with coat of arms. 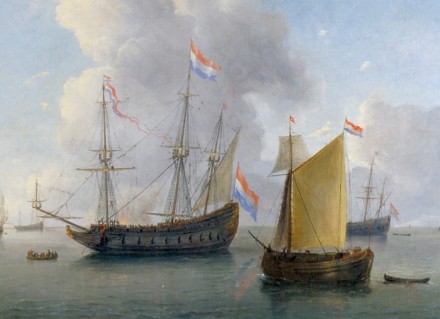 The Cultural Heritage Agency (RCE) performed research on the BZN 17 in 2014. In August 2015 an extended inventory research was done by the RCE Maritime Programme diving team. The BZN 17 is quite a 'new' wreck and it is still very well preserved, but without physically protection it will decay fast. In the summer of 2016, the RCE conducted research and took protective measurements. 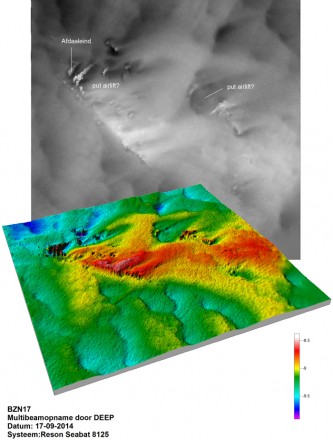 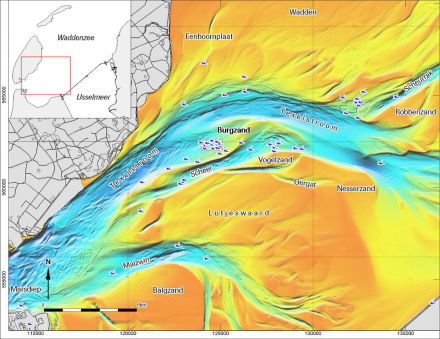 The BZN 17 wreck lies within a Rijksmonument (State Monument), which is a national heritage site of the Netherlands. This Rijksmonument area has at least twelve known shipwrecks from the 16th, 17th and 18th century in it. The area is of a high archaeological value. It is likely that more wrecks will be discovered in the future. The sea bed in the Burgzand area is very dynamic. Erosion is the enemy of wooden wrecks. Wrecks appear from under the sand. When they are exposed wooden parts decay quickly because of the shipworm. 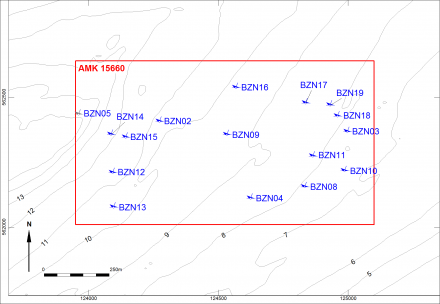 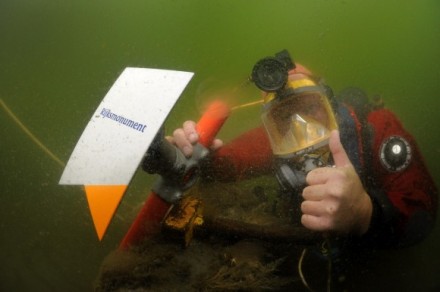