The origin of the vessel is probably not Dutch. The wood, inventory and construction of the vessel point to a northern German origin. The largest cargo (jars) suggests an Iberian origin. Grapes and small fish (anchovies) also point in that direction. It is not yet known where the schist slates found in the wreck come from.

Hypothesis: a German ship from the second half of the 17th century which was wrecked on its return voyage from the Iberian Peninsula. It was lying on the Texel roadstead probably because it intended to trade goods with the Amsterdam Entrepôt (stapelmarkt). 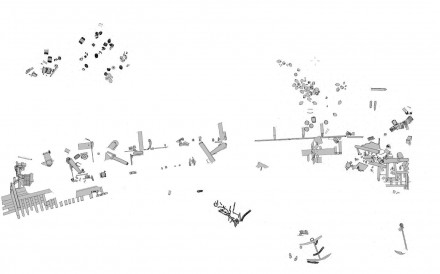 Site plan of the BZN 10 wreck.

Armed trader with a squared stern and two continuous decks with a considerable flare. The exact type of the ship is unknown. The wreck site is 40 by 25 m, which makes the ship ca. 40 m long.

Length from the stern to the bow post is more than 35 m. Width and height are not measured yet. It is a carvel-built vessel, but it is unknown whether the ship was built according to a frame first or shell first method.

Because of the amount of pinewood and the lack of well-preserved and accessible oak, dendrochronological dating was executed on pinewood samples from the deck beams. Two samples gave post quem dates of 'after 1645' and 'after 1646'.

The extensive use of pinewood (Pinus Sylvestris) in the construction indicates that it was not a Dutch vessel. The wood used originates from northern Germany.

From the ship's inventory some cooking gear, ceramics and cannons remain. 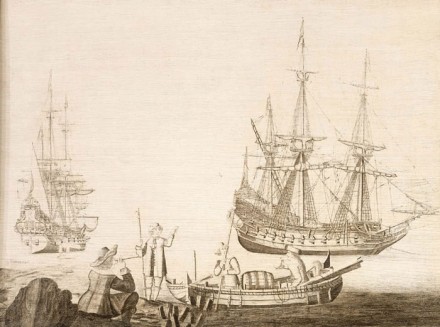 The wreck is protected with polypropylene nets. The BZN 10 has been investigated and monitored in several projects and several methods have been tested for managing and protecting – and for non-intrusive research.

From June 10-21, 2013 the Maritime Programme of the Dutch Cultural Heritage Agency (RCE) conducted research on the BZN 10. Mats of artificial seagrass were placed at the wreck. This new dynamic protection method could be a good addition to the more static polypropylene nets filled with sand.

New mats of artificial seagrass were placed at the BZN 10 wreck in 2014. 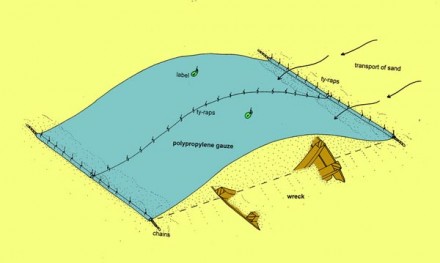 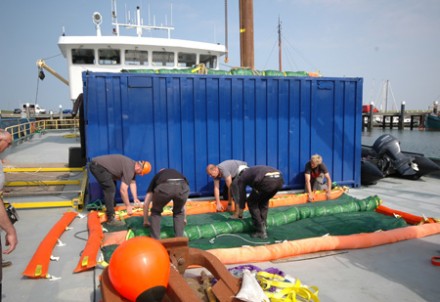 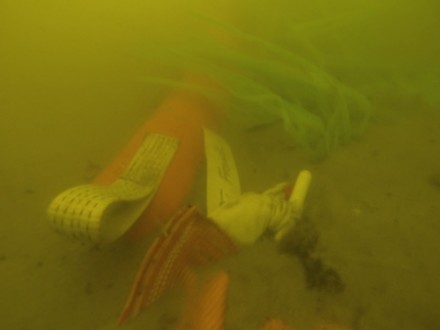 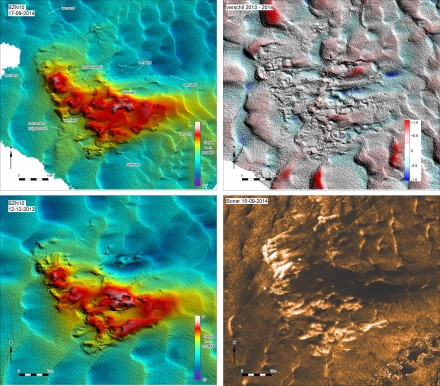