SMS Dresden was completed in 1907 as the sister ship to the SMS Emden, and as the first German cruiser equipped with modern turbines for propulsion. In 1914, Admiral Lüdecke was preparing the ship to return to Germany from the Caribbean, where she had facilitated the exile of Mexican President Victoriano Huerto to Jamaica. As SMS Dresden was about to sail home, World War One broke out, and she was ordered to prepare to begin raids.

Having rendezvoused with the German East Asia Squadron, under the command of Admiral Maximilian von Spee, Dresden participated in several battles, the most famous of these being the disastrous Battle of the Falklands in December 1914, during which the entire squadron, except for Dresden which managed to escape thanks to her faster turbine engines, was destroyed.

A few months after this lucky escape, on 8 March 1915, SMS Dresden found herself in the vicinity of Robinson Crusoe Island with only 80 tons of coal remaining, lacking ammunition for her main battery, and out of stores and supplies. A coded message was sent out to a nearby German collier, but it was intercepted by the HMS Glasgow. Thanks to the Allied capture of the German codebook by the Russian cruiser Pallada, the British were able to decode the message and set sail towardsDresden. Once there, the Germans quickly surrendered, but not before scuttling their shipby detonating herremaining main ammunition magazine. 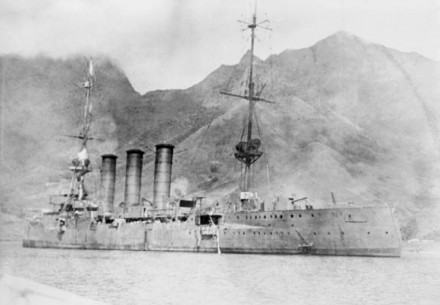 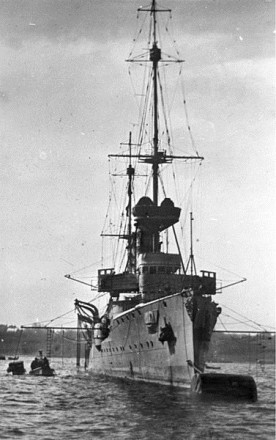 The wreck of the SMS Dresden lies at a depth of around 60 meters in Cumberland bay, Robinson Crusoe Island, Chile. It has remained in good condition and was declared a historical monument in 1985.