From its construction till its end

The Kanrin Maru was a screw-driven schooner built in The Netherlands for the Japanese government in 1856. One year later, the ship arrived in Japan where it was taken into service as part of the new naval force of the then ruling Tokugawa shogunate government who were the military leaders of Japan since 1604.

The Kanrin Maru was the second Japanes ship to cross the Pacific Ocean. The first embassy traveled on the Date Maru (San Juan Batista) to Mexico and Europe in 1614. 250 years later The Kanrin Maru went to the USA with an embassy to establish for the first time in 212 years diplomatic relationship with an other country than The Netherlands.

The ship was involved in the Boshin war (1868-1869), during which shogunate forces fought the rising Imperial forces, which ultimately ended in the abolishment of the shogunate government and the reinstatement of Emperor Meiji as the countrys ruling power. The ship continued service in the new Imperial Navy, until it shipwrecked at Cape Saraki during a typhoon in 1871. 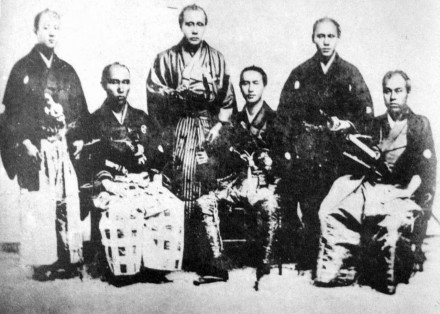 Members of the Japaese Embassy. 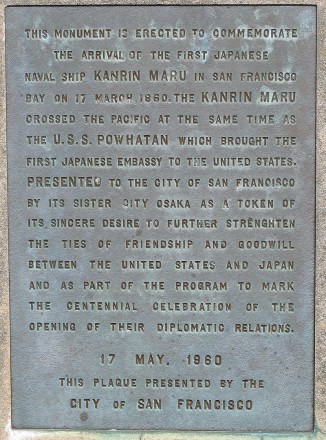 Ordered in 1853 in The Netherlands. Delivered in september 1857.
The ship was the first screw driven ship of the Japanse navy.