One of the best documented wrecking events on Bonaire’s east coast is that of the William & Ezra, a North American brig that sailed from New York to Bonaire. She ran aground on a January night in 1825 in an area called Mamparia Gutu. For days, countless items washed up ashore. Governor Debrot noted a chest of cheese, 92 barrels of gunpowder, 50 barrels of butter, three large mirrors, flour, tobacco, meat, lumber, and even a piano. 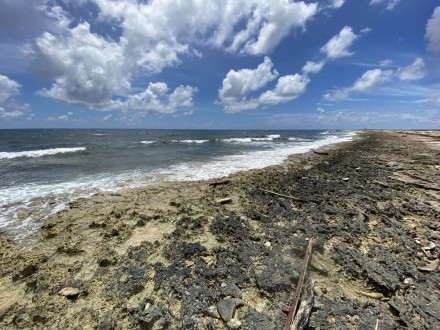 The coastline at Mamparia Gutu where the William & Ezra ran aground.

The sea floor in this area slopes very gently for several hundred meters. At the wreck site, between 1.5 and 3 meters, lie archaeological remains that most likely belong to the William & Ezra. Spread out over some 50 meters, these include four anchors, five cannons, and a broken cannon. At the easternmost cannons, divers have reported to have found fragments of copper, glass, and ceramic artifacts. 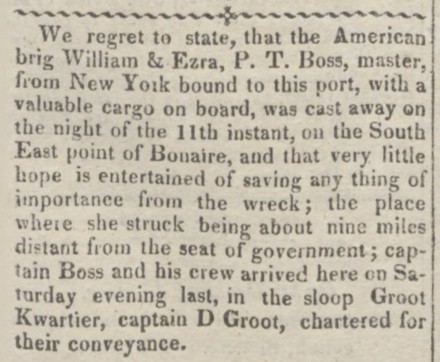 Newspaper article about the wrecking in the Curaçaosche Courant from January 22, 1825. 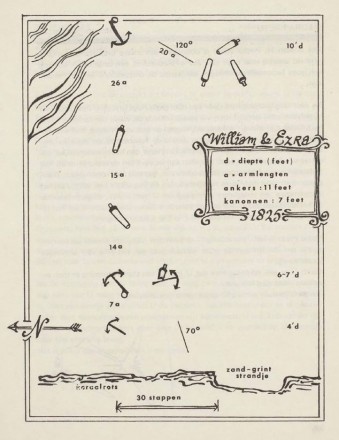 A sketch map of the wreck site, showing cannon and anchor distribution.