Vlissingen was part of the WIC fleet under command of general Boudewijn Hendrikz., intended to reinforce Bahia that was conquered by Piet Hein the year before. Boudewijn arrived to late. Bahia was retaken and heavy fortified by the Spanish.

Boudewijn Hendriksz. chose a new objective and went with 18 ships to the Caribbean to conquer Puerto Rico. His fleet was near  St. Vincent on the 30th of August to get water and vivres. They departed on 10 September  and got in a violent storm. From the fleet De Geel Sonne, de Goude Sonne and the Vlissingen were lost in the tempest. The rest made it to Puerto Rico, but were unable to conquer the city. So they left and got to Cuba. A year later Boudewijn Hendriksz. died there. 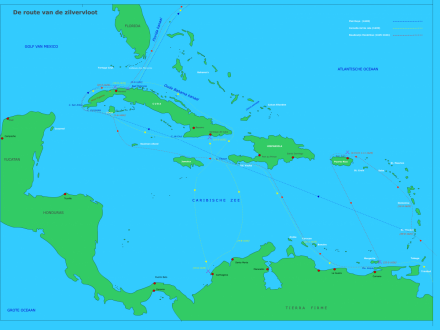