The Vlissingen was part of VOC fleet under command Adam Westerwolt that tried to conquer Portuguese Goa in India. 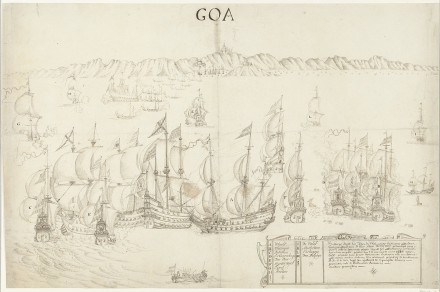 On 4th of January 1638 a battle between the Spanish Portuguese fleet (6 galleons 17 frigates) and the Dutch fleet ended in a  defeat of the Portuguese.  That is the Dutch view. Goa was not conquered, the Dutch lost two ships. One of them was the Vlissingen that caught fire  while entering a Portuguese galleon together with the 's Gravenhage.

The next year, 1639, the Dutch Admiral Cornelis Simonsz van der Veere would conduct a new raid on Goa's port.