't Vliegent Hert was a Dutch East Indiaman lost on her second outgoing voyage to the Dutch East Indies (February 3, 1735). The hert or hart in her name means deer, as VOC ships were often named for animals. She belonged to the VOC chamber of Zeeland. Her captain was Cornelis van de Horst.

She carried 256 people, including sailors, soldiers, and passengers, all of whom drowned the day 't Vliegent Hert sunk.

't Vliegent Hert departed from Rammekens (Zeeland) to Batavia, accompanied by the smaller vessel Anna Catharina. Shortly after departure she got off course during a storm and ran aground on the sandbanks around the Duerloo Channel.

After hours of struggling, the crew managed to get her free from the sandbank and bring her into deeper waters and anchor the ship. Unfortunately, the damage to the hull was too great and 't Vliegent Hert sunk. All 256 crew and passengers drowned.

The wreck was first spotted in 1981. A lot of artefacts have been retrieved since. Amongst the finds were 2000 golden ducates and 5000 silver reales, wine bottles and weapons. Tin containers with food and tobacco were 'sealed' to last years.

‘t Vliegent Hert was a Dutch East Indiaman built in 1729 in Middelburg for the VOC, Chamber of Zeeland. It was lost in 1735. 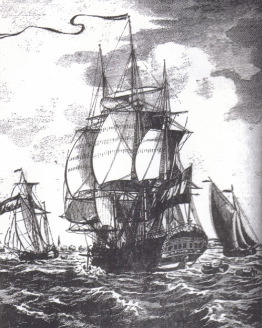 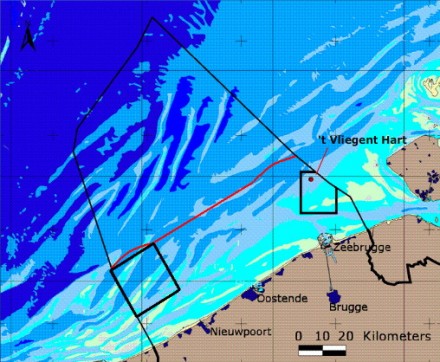