The Vis was a fluyt, a ship used as a merchant vessel for the Dutch East India Company (VOC). The fluyt was the most successful cargo carrier of the 17th and 18th centuries. She was of Dutch design: cheap to build, cheap to maintain and cheap to sail with a relatively large hull.

The Vis sailed onto the rocks near Greenpoint by accident. She carried with her specie, granite blocks and many large cast-iron cannons. In an attempt to salvage crew and cargo, a cable-way was constructed between the ship and the shore. People and cargo were then put into a cauldron, normally used to cook, to ferry everyone ashore. With two people at a time, they would be transported ashore in the cauldron. The story has it that one person got too greedy and tried to save himself with two chests and pockets filled with coins, that the handle broke off the cauldron and he drowned. Besides this event, the crew and most of the money chests were salvaged in 1740. 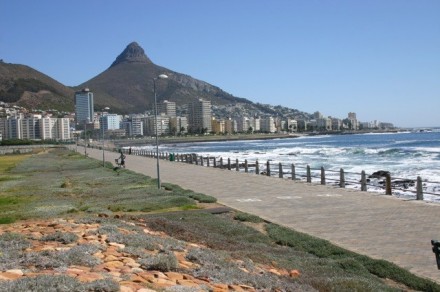 Painting of the "Visch" by Jurgen Leewenberg, 1740

The painting depicts the loss of the Vis, and the attempt to salvage crew and cargo and provides an insight into the attention such an event would have received. In the picture, we see a salvage attempt from the ship, by putting a rescue line between the ship and the shore. Dressed in black standing next to the tents is the Governor, trying to protect any goods salvaged. People are watching the event from the shore. Enslaved people wear their traditional headwear, the red kerchief. This was also known as 'woelsel' or 'kopdoek'. 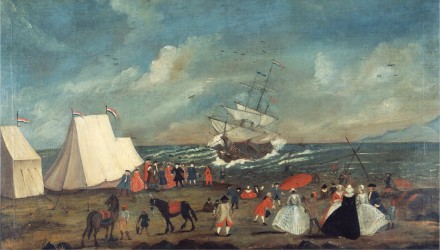 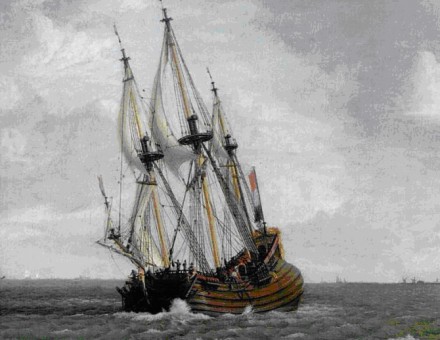 The wreck of the Vis was found near present-day Greenpoint in Cape Town. At the site where the ship was lost, they have put up a commemorative plaque with information about the wreck. The ship carried specie, granite blocks and many large cast-iron cannons. However, no archaeological report has been written on the research of the wreck. It is said that large granite blocks and some cannons are still present on site and that only coins, bronze swivel guns and small cannons were salvaged from the site in modern times by divers approximately 50 years ago.

Some of the items were auctioned by Stephan Welz & Co, auctioneers of decorative and fine arts in 2008 and 2009. An example is Lot no. 887, a small stoneware jar. Another example is that of a bronze cannon, Lot no. 448. 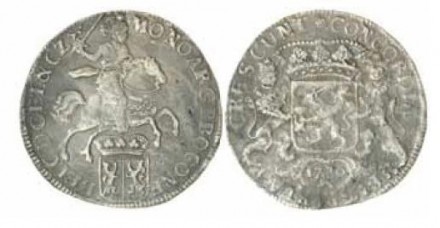 Coins from the wreck the Vis.

The wreck site of the Vis is protected in terms of the National Heritage Resources Act, No.25 of 1999. This act regards historic shipwrecks as well. The site may not be disturbed without the permission of the South African Resources Agency (SAHRA) and artefacts removed from the wreck may not be traded without SAHRA's permission.