In 1974, the remains of a ship built in Scandinavian tradition were found in Waterstraat in Utrecht. The ship was demolished and the boards were reused in the quay of the Vecht.

The planks are dated on archaeological grounds in the first quarter of the eleventh century. In that period the Vikings were active again in our country. The hull planks  are kept at Batavialand in Lelystad. 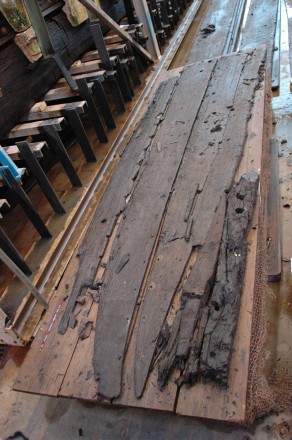