In the late 10th century political situation in the Low Countries was stabilizing. Utrecht becoming a more and more important center of commerce and political influence the bishopric of the Frisians. Around the year 1000, Utrecht was rapidly growing several churches were built and the city grew.

Impression of the Utrecht ship in front of Dorestad. (Artist: Arne Zuidhoek).

The Utrecht ship was found in the middle of the city of Utrecht in the former river Vecht in 1930 (Hoornekade). She was excavated and preserved in the Centraal museum Utrecht until this day. The centre part of the ship is a dugout oak tree at least 14 m long, 4-6 cm thick and therefor relatively easy to mold in shape.

Cargo capacity was only 15 tons compared with contemporary barges or later cogs.So why was it preferred? Suggestion is the sturdiness and strong (logboat) bottom making it suitable for rough water (mid Rhine) in combination with bulk cargo.

The disappearance of the Utrecht type boat is explained then by the disappearance of suitable big oak trees and the increasing demand for cargo space. Because of this shipbuilders had to adapt to new building techniques. It is at the same time that fully planked boats appear called hulc in the iconography an historiography records: baptismal fonts of Winchester and Zedelgem, a text from 991 AD, and tax documents from 1002 AD of King Aethelred II Billingsgate Hulcsmouth. Utrecht type and (new) hulc overlap in time and even space (Queenhith fragments). But is the Utrecht type a proto hulc remains uncertain. 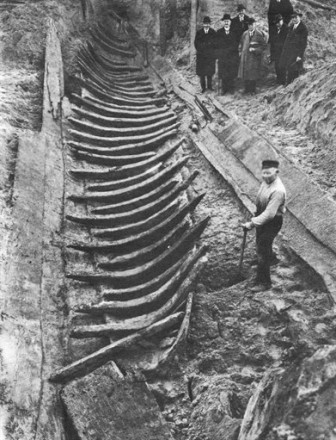 Dendro dating gives a terminus post quem date of 1019. The wood that was used in the boat comes from the Belgium Ardennes. The same wood was used in a ship found in Sheffield (UK). 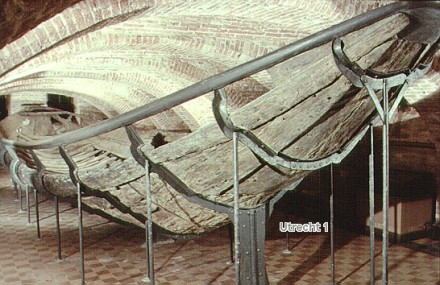 The Utrecht is excavated and preserved in the Centraal museum Utrecht. 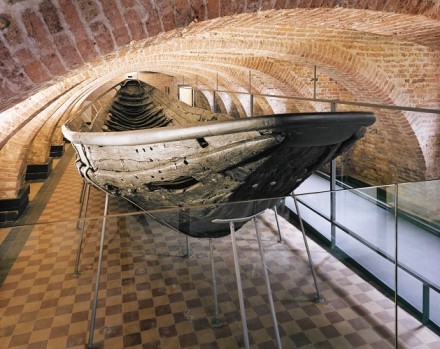