Wrecking of the Utrecht

Throughout the period of the Napoleonic Wars (1803-1815), Britain was at war with the French Republic. For the Kingdom of Holland (1806-1810), a French client-state and predecessor to the Kingdom of the Netherlands, British naval supremacy presented a serious obstacle in the maintenance of its colonies in the East and West Indies. Therefore, when a supply mission to the Dutch colony of Curacao was planned in late 1806, this called for a secretive approach.

On 15 February 1807, the 32 gun frigate Utrecht, previously known as the Admiralty vessel Orpheus, set sail from Hellevoetsluis, carrying 200 artillerists and various supplies destined for Curacao. Captain Albertus Costerus (Albert Koster) managed to successfully direct the ship through the North Sea without attracting the attention of patrolling British warships. When he had nearly reached the Atlantic, a heavy storm set in. The storm kept growing more severe, and finally at Sanday, one of the Orkney Islands, the Utrecht was smashed against the cliffs. Some thirty men were lost in the incident, along with the ship. The survivors were made prisoner by the British. 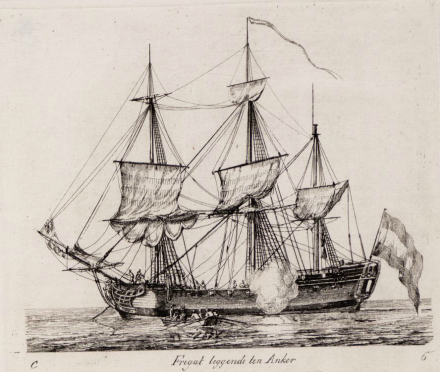 Search for the Utrecht

Since 2006, several surveys of the site where the Utrecht wrecked were organised by Kevin Heath and Bobby Forbes of the Nautical Archaeology Society. The aim of the project is not only to locate the wreck, but also to locate the last resting place of the sailors that died in the incident and were reportedly buried on shore. Someday, the team hopes to raise a memorial to these men. 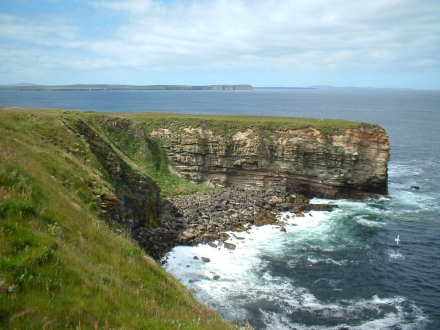