Finds from the ship suggest a date in the late 14th century.

Dendrochronological research was done in 1996. Wood samples from the ship construction give a date of around 1400 BC. Fire wood from the cargo however was dated to 1316-1304. The last representing the date of sinking. Also the find point in the way of the second half of the 14th century bce. 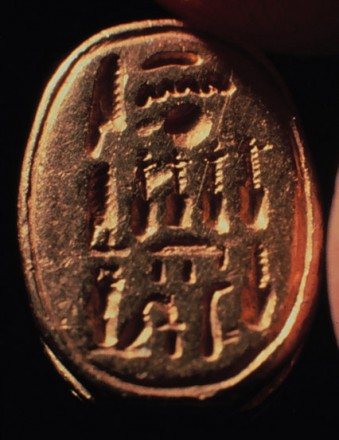 Scarab with the name of Nefertiti.

The Institute of Nautical Archaeology's (INA George Bass and Cemal Pulak) shipwreck excavation between 1984 and 1994 at Uluburun, near Kas in southern Turkey, brought to light one of the wealthiest and largest known assemblages of Late Bronze Age items found in the Mediterranean. The shipwreck lay on a steep rocky slope at a depth of 44 to 52 m, with artifacts scattered down to 61 m. 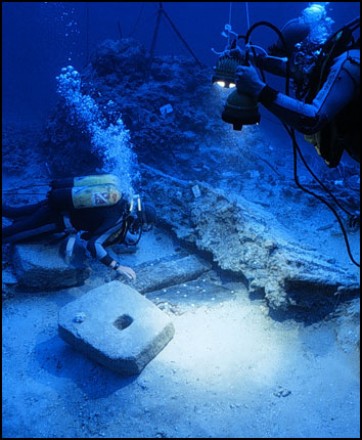 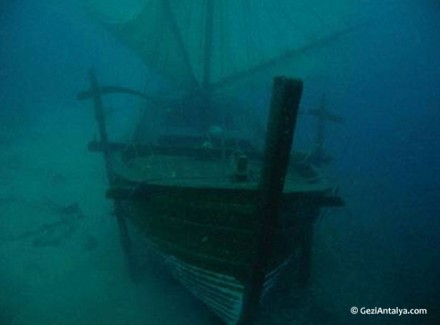 Excavation in front of stone anchor.

Copper ingots from Cyprus, glass, faïence, gold and ebony from Egypt. A seal scarab of Queen Nefertiti (Queen 1352-1338 BC) was found in the cargo. She was queen from the Amarna period 18th dynasty. 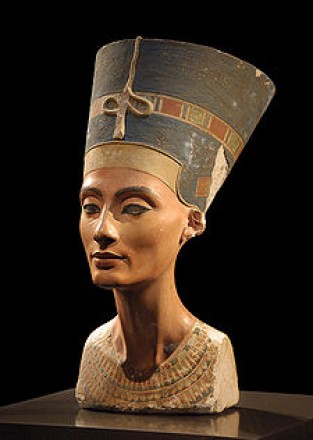 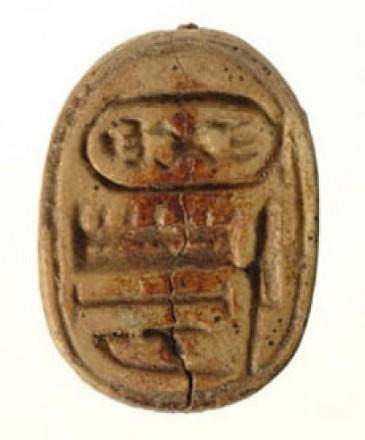 Copper from Alasya Six tons of copper ingots were stowed in the ship. The copper was analyzed and came from copper mines in Cyprus, the main source of copper in the bronze age. Cyprus or at least parts of Cyprus were called Alasya. It may be that the Uluburun ship came from Cyprus. Alasya had a king which called farao of Egypt brother and friend. 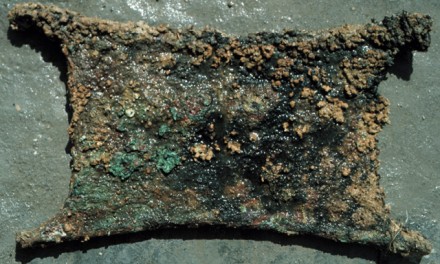 The ship was ca 15 m long, had 20 tons of cargo and one mast. The hull was made of cedar wood of edge-joined planks (shell-based method of shipbuilding), a technique known from later periods (Phoenician, Greek and Roman).

The ship had at least 24 stone anchors between 120-200 kg. Probably also used as ballast. 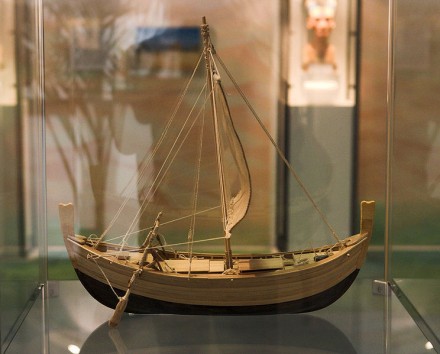 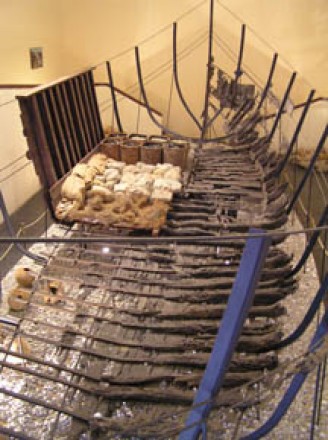 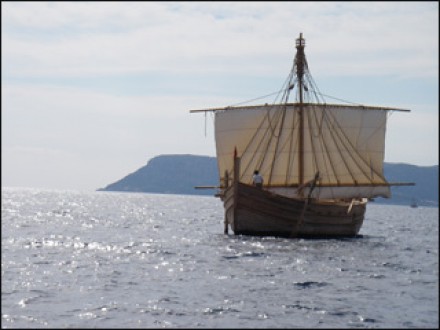 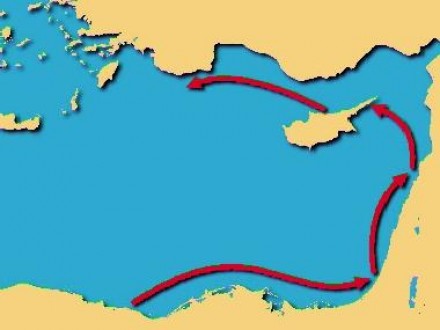 Part of the trade route of the Uluburun ship.