After 4 days (early on 15 April 1912) on her maiden voyage, The Titanic struck an iceberg and sank two hours and forty minutes later. The disaster story is known: the "unsinkable" ocean liner couldn't avoid a collision with an iceberg during her maiden voyage. The ship had too few lifeboats, which were also only launched at a fraction of the maximum capacity. Of the more than 2,000 people on board, just over 700 people were ultimately rescued. Tradition has it, fueled by the dramatized film from 1997, that Captain Edward Smith chose to go down with the ship and that the orchestra played until the very last, amid chaos and panic. The last survivor of the disaster, only a baby in 1912, died in 2009. The sinking resulted in the deaths of 1,517 of the 2,223 people on board, making it one of the deadliest peacetime maritime disasters.

Route of the Titanic.

The collision with the iceberg filled the seven front compartments in the belly of the ship with water. This lifted the stern, causing too much pressure on the stem which broke the ship in two. The wreck sank in two parts to a depth of almost four kilometers and remained there undisturbed for 73 years. 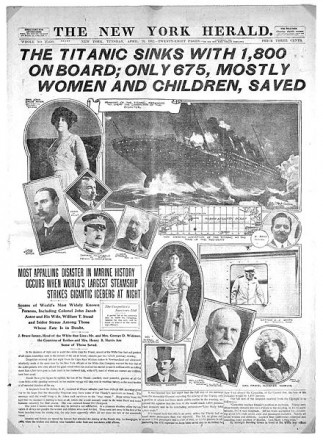 The Titanic was found in 1985 by Jean Lois Michel and oceanographer Robert Ballard through side scan sonar. It was found at a depth of 4 km, slightly more than 370 miles (600 km) south-east of Mistaken Point New Foundland.

The Titanic also had Dutch connections. There were three Dutch people on board: director George Reuchlin of the Holland America Line, chef Hendrik Bolhuis and stoker Wessel van der Brugge, three central figures in a Titanic exhibition of the Maritime Museum in 2012. Furniture factory H.P. Mutters en Zoon from The Hague took care of the paneling and furnishing of the ship, including 24 luxury cabins and the famous private deck; commissioned by Mutters, the Hague Royal Dutch Basket Factory W.F. van Vliet made all wicker furniture on the ship.

Olympic class ocean liners were intended to be the largest, most luxurious ships ever to operate. Built at Harland and Wolff shipyard Belfast.

Owner: White star line.
The Titanic was designed by some of the most experienced engineers, and used some of the most advanced technologies available at the time. It was popularly believed to have been unsinkable. 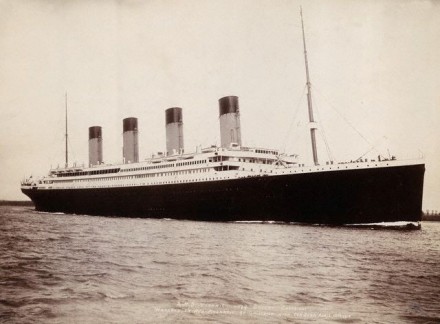 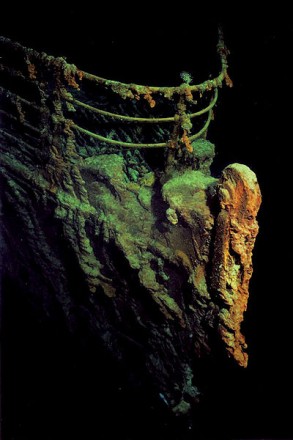