The dating of the wood, the iron bolt and the location and condition of the timbers strongly suggested that the ships remains were those of the Tijger, one of the first European vessels to anchor in New York Harbor. The Tijger, burned down after an accident, followed by a mutiny by his crew.

In 1613 the Van Tweenhuysen Company, based in Amsterdam, sent two ships, the Tijger under Adrian Block and the Fortuyn under Hendrick Christiaensen to the Hudson river to collect furs.

Tensions developed between them about the potential profits of the beaver pelt trade, and more complications arose when a third Dutch ship The Naegtegaal appeared. Block's ship, the Tijger, burned down after an accident, followed by a mutiny by his crew.

Part of the crew entered Thijs Mossels vessel and sailed for the Caribbean where they turned into pirates. The remaining men under Adriaen Block stayed the winter at Manhattan Island.

They built some huts on the island, which were the first western settlement in what later became New York City.

They managed to build a small ship, named the Onrust (Restless) with help from the Native Americans. This new boat, at about 42 feet in length, was much smaller than the Tijger. 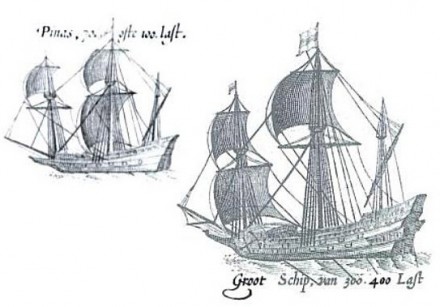 In 1916 while constructing the subway on Manhattan a curious find was made. Eighteen feet below what was then the intersection of Greenwich and Dey Streets construction workers found an wooden shipwreck. The foreman of crew was James A. Kelly. Intrigued by finding the wreck, Kelly asked historians to examine it. Some of them speculated that the charred timbers might be the remains of a seventeenth-century Dutch ship, the Tijger.

Kelly then tried to save the timbers. He lined up his crew along the ten-foot section of tunnel wall and ordered them to pull the timbers out. But the timbers did not budge. The failure suggested that a considerable length of the ship was still buried.

Stymied by the immovable timbers and pressured by the construction firm, Kelly decided to cut off the keel and bow at the point where it disappeared into the tunnel wall. This section, with three ribs attached, was taken to the nearby New York Aquarium and placed in the seal tank.

In 1943 Kelly learned that the New York Aquarium was being razed. The seal tank had been destroyed, but the falling beams and walls had just missed the still-wet timbers. How Kelly got them out of the building is not clear, but one version of the story has it that he dragged the heavy wood down the dirty and empty halls and loaded them into a rented truck. Whatever the case, the timbers were presented to the Parks Department, which gave them to the Museum of the City of New York, where they can be seen today.

The group that wintered on Manhattan built a new ship, a 45 foot, 16-ton vessel, the Onrust (the Restless). The trial voyage of this new ship was in the spring of 1614 when Block sailed through the East River and the whirlpools he so aptly named Hellegat (Hell Gate) and into Long Island Sound. It is here, in Long Island Sound, that the only reminder of this explorer remains — Block Island.

In the course of this voyage, Block became the first recorded European to explore the Connecticut River, sailing 60 miles up the river, past present day Hartford, probably as far as the rapids at Enfield. Block's map of his exploits is preserved and is the first detailed map of the region.

Block wrote, "Next, on the same south coast, succeeds a river named by our countrymen Fresh River, which is shallow at its mouth... In some places it is very shallow, so that at about fifteen leagues [between 30-60 miles] up the river there is not much more than five feet of water. There are few inhabitants near the mouth of the river, but at the distance of fifteen leagues above they become more numerous." 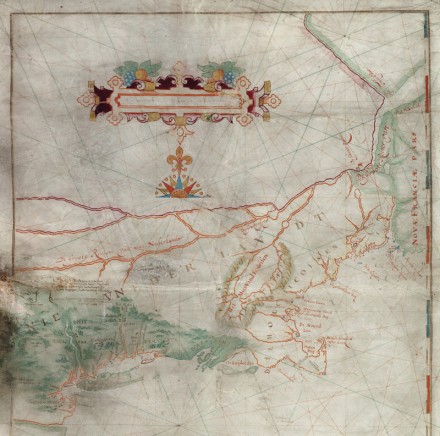 Part of the Block map. 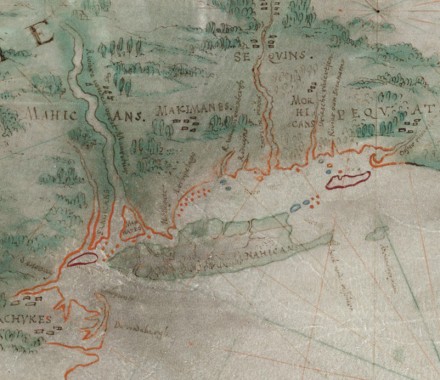 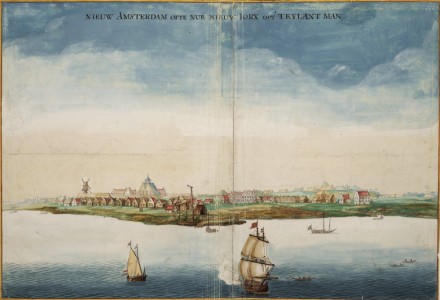 Dutch Merchant ship from the Van Tweenhuysen Company, a forerunner of the Dutch West Indian Company (WIC). Square rigged, she had a broad bow called an apple bow, which, although not conducive to speed, gave her stability.

Armament: 6-8 cannons borrowed from the Admiralty of Amsterdam.

The Tijger was destroyed by fire after an accident, followed by a mutiny of the crew in the Hudson river New York 1614. 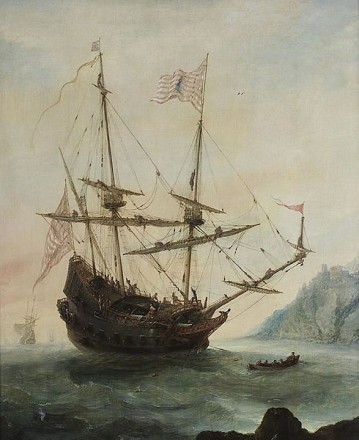 The location of the Tijger should be expected on the present Ground Zero in the cellar of the former WTC tower 1. 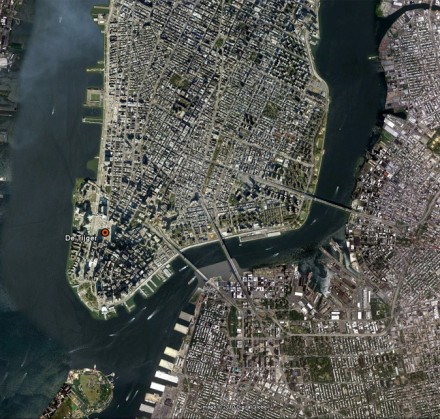 The Tijger on Ground Zero.

In 1916 part of the bow has been salvaged by Kelly leaving ca 70 ft of the wreck still in situ.

In 1955 the authenticity of the timbers was confirmed when Columbia Universitys Lamont-Doherty Geological Observatory dated the wood as being between 320 and 360 years old. The Bethlehem Steel Research Laboratory examined an iron bolt from the ship and concluded that, because of its high carbon and low manganese content, it was probably made by a smelting process used in Europe about 1600. The dating of the wood and the iron bolt and the location and condition of the timbers strongly suggested that the ships remains were those of the Tijger.

But what of the remains, the approximately seventy feet of keel, ribs, and planking that were left in the tunnel wall?

In 1966 construction began on the WTC. The first phase involved the excavation of a seventy-foot-deep cellar hole just opposite the spot where Kelly had cut off the Tijgers bow.

As expected, at the level Kelly indicated pieces of wood turned up. One piece was between six and eight feet long. Other pieces were broken and twisted; none of them looked as if they had ever been part of a ship. Thinking that the wood was probably part of an old wharf, the workmen threw the pieces into a dump truck and hauled them away.

Many artifacts at the World Trade Center were found.These were mostly old bottles, shoes, pottery shards, and animal bones, but some cannonballs and parts of cannons were found as well. Almost in the center of the cellar hole an anchor with a ten foot shank and a ships rudder more than six feet high in perfect condition. The anchor was rusting away in the bowels of one tower of the World Trade Center while the rudder is flaking away on the seventy-third floor of the other tower.

In the workpit a second wooden wreck was found. The workmen unearthed about twenty-five feet of the remains of a ship. At first, there was speculation that at last the Tijger had been found, but the discovery of the remains of a bow attached to the keel proved that the timbers were not those of the Tijger. Since the planking at the bow formed an apple bow, characteristic of seventeenth-century Dutch ships, the approximate date of the ship could have been determined. With all efforts directed toward finding the Tijger, other artifacts were ignored, even by professional archeologists. Substantial remains of another ship of the same vintage as the Tijger were found and abandoned.

Three cannons were found in 1967 that indicate the World Trade Center (Ground Zero) as the final resting place of the Tijger. Two were in perfect condition, except for ancient marine incrustations and some corrosion; the third had a chipped muzzle. All of them were small, about four feet in length, and weighed several hundred pounds apiece, according to Jim Hastie, a superintendent on the site when the cannons were unearthed.

The two cannons disappeared but a decade later the third reappeared in the collection of Norman Flayderman, an antique arms dealer. It was a small bronze cannon with a handled cylinder that fit into the breech. The piece had the insignia of the Dutch East India Company etched into the breech chamber.

Their partially hollow cylinder scalled breech chambers could be filled with gunpowder and used in any cannon of appropriate size and design. A number of these chambers could be loaded and stored in readiness. The process of firing these weapons was simple and quick.