Once Tamen made her first voyage to the Dutch East Indies, she never returned to the Netherlands, and instead made small voyages within the East Indies. In 1691, she wrecked off Ponte Pedro in modern day Sri Lank carrying 47 sailors, 40 soldiers, and 3 passengers. The ship was subsequently broken up and the wood was used to build a new boat.

Type: Dutch East Indiaman. Subtype is a Kat, which is a Dutch ship type from the 17th and 18th centuries that was used in the Netherlands, England, and Scandanavia mostly as a merchant vessel. These vessels were very angular, with a flat bottom and shallow draft, suitable to shallow waters. They were light but slow, and could not be heavily loaded. 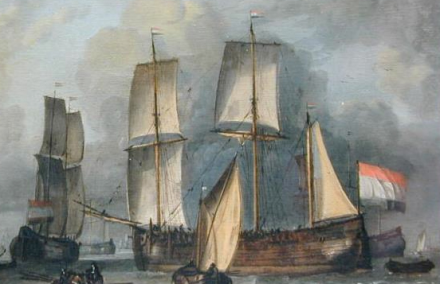