T61 destroyer made by the German Kriegsmarine in Dutch shipyards based on a Dutch destroyer class. This ship was sunk by a RAF bomber when it was towed to a German harbour for finishing on 12-9-1944.

39 Beaufighters (236 Sqn RAF) bombers were sent out on an mission near the Dutch coast. In the Marsdiep near Den Helder the bombers found a convoy, consisting of the unfinished T61, four freighters and 10 escorting vessels. The RAF attacked with torpedo's.

The T61 was hit and sunk. Besides the T 61 also a Dutch hopper barge 'Gooiland' and two gunboats; AF49 and AF59 and a number of small ships were sunk. German anti-aircraft fire during the attack was fierce. Two Beau fighters were shot down by German fire. 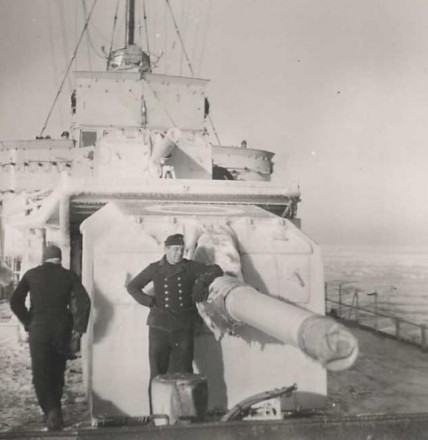