The site, lying at only 3 to 4 meters depth, consists of a bottom part of a wreck, with a mound of possibly ballast stones on top of it. Schist stones, normally used as wet stones (for sharpening tools) have been found. The wreck is fully clinker built. Down in the ship, not far from the keel, the frames are

approximately 20 cm wide and 15 cm thick. They seem to be placed at regularly distance from each other (also more or less 20 cm). The ceiling planks differ in width and thickness. The latter probably because we are dealing with planks near the keelson. One of the thick planks is 40 cm wide and 23 cm thick. This is the inner keel or keelson. Their additional thickness may be for additional longitudinal strength. The outer planks also differ in width but not too much (somewhat above 30 cm). They have a regular thickness of 4 cm. 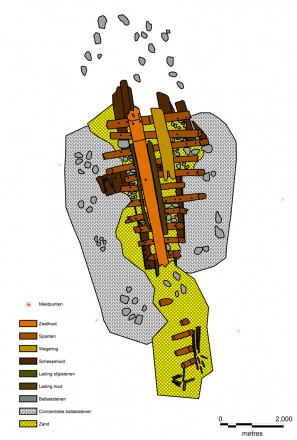 Site plan of the Stavoren 17.

The stones and wood are fully overgrown with Zebra Mussels. A first rough sketch of the site and the construction has been produced during a one hour survey. 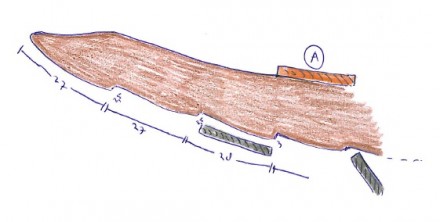 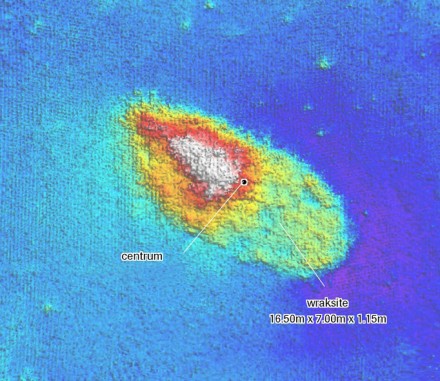 Multi beam recording of the Stavoren 17.

Vessels from the early 16th Century are fairly rare. The remains are of the aft of the ship. 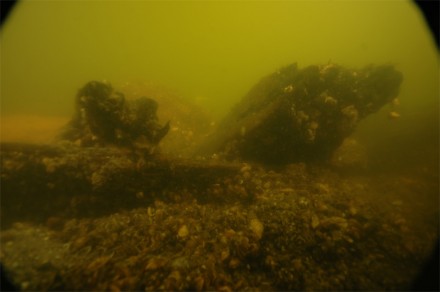 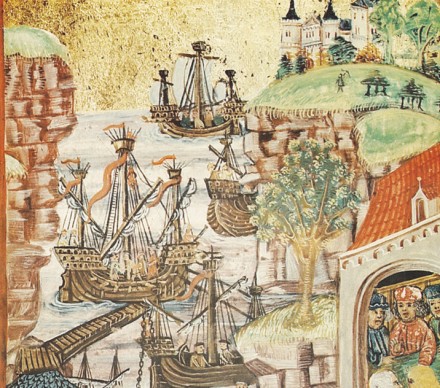 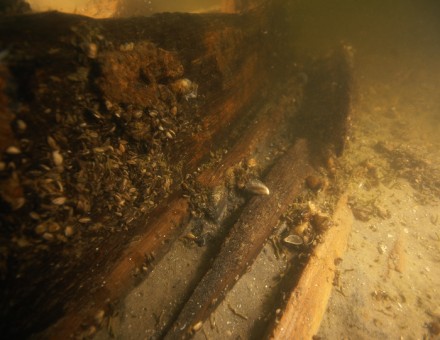 The wreck will stay in situ. A short survey was conducted on the site in 2009 together with divers from the amateur archeology organization LWAOW (the Frisian Archeos Fryslan work group). In April 2012 the Cultural Heritage Agency of the Netherlands conducted a short archaeological survey to monitor and investigate and to train students of maritime archeology in the field.