Tubantia was built as a luxury passenger liner for Royal Holland Lloyd, and sailed a regular service between Amsterdam and Buenos Aires. When she was built, she cost around £300,000, and made extensive use of electricity onboard, making her one of the most luxurious ocean liners of the era.

After the outbreak of World War One, even though the Netherlands was a neutral party, passengers were hesistant to make trans-atlantic voyages, and the amount of passengers lowered significantly. Because of this, Tubantia was only carrying 80 passengers on her final voyage, out of a possible 1,520.

On the night of 15 March, 1916, she sailed out from Amsterdam, bound for Buenos Aires. Due to heavy fog, and the danger of the seaways, Turbantia dropped anchor about 50 nautical miles off the coast of the Netherlands at about 2:00 A.M. to wait for the safety of daylight. At 2:30, members of Tubantia's crew spotted a stream of bubbles rapidly approaching the ship's starboard side. The bubbles were shortly followed by an explosion. Distress calls made by the sinking ship were answered by Dutch vessels, and all 80 passengers and 294 crew members were rescued before Tubantia sunk four hours after the mysterious explosion, making her the largest neutral vessel sunk during the entire war. 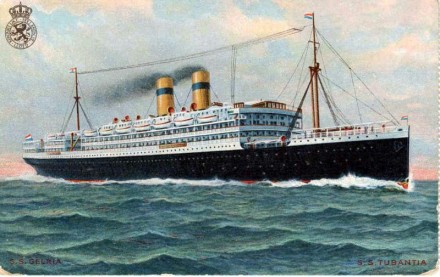 The sinking of Tubantia led to a political furor between the country involved, the Netherlands, as well as Britain and Germany, as neither wanted to be seen as the aggressor against a neutral country, and the Netherlands wanted their neutrality in the war honored by those involved.

Germany was the first to react, proclaiming that Turbantia must have been sunk by a British mine. Britain, not to be outdone, reacted by stating that a German torpedo must have been at fault. Germany concluded that if it had been a torpedo that had sunk Tubantia, it must have been a British one. It wasn't until a lifeboat from Tubantia was recovered that the mystery was solved - the lifeboat contained bronze pieces from a torpedo, and as Germany was the only nation using bronze in their torpedoes, it was concluded that it was indeed a German weapon that sunk Tubantia.

Even after the discovery that it was indeed a German torpedo that sunk Tubantia, Germany attempted to downplay their involvement. After the remains of the torpedo were identified as belong to the German vessel UB-13, Germany provided what would prove to be fake logs, asserting that UB-13 was no where near Tubantia at the time of the incident. It was Germany's assertion that the torpedo had been fired at a British vessel ten days earlier, missed, and subsequently struck the unfortunate Tubantia.

The Dutch saw this act as a hostile one, leading to a public outcry. To combat the wave of Dutch fury, German officials leaked fake news of an impending British invasion, which lead to a certain amount of panic among the population of the Netherlands.

Despite the denials and attempts at shifting blame, Germany offered recompense for Royal Holland Lloyd, at the original amount of purchase for Tubantia. This amount, 300,000 pounds, was denied, and an agreement was reached to have the matter arbitrated after the conclusion of the war. The matter was settled in 1922, and Royal Holland Lloyd was awarded 830,000 pounds in damages from Germany. 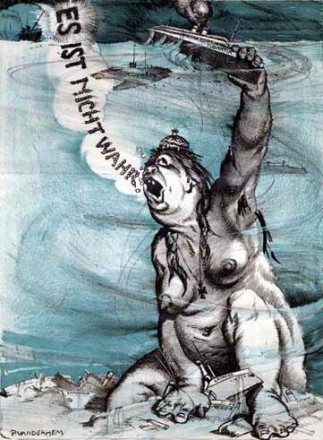 Editorial cartoon by a Dutch artist decrying the sinking of Tubantia.

The SS Tubantia was built by A. Stephens & Sons of Glasgow for the Koninklijke Hollandsche Lloyd (Royal Holland Lloyd) in 1913. Along with her sister ship Gelria, Tubantia was the largest passenger ship using Amsterdam as a home port. 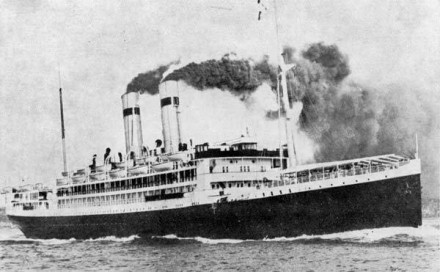 Salvage attempts were made on the wreck of Tubantia as early as 1924. A court case resulted from those attempts that still serves as the authority under English law regarding the salvage of shipwrecks.

There have been many salvage attempts since then. Some teams have even used dynamite to tear apart the hull, as Tubantia is rumored to have carried around two million pounds worth of gold at the time of her sinking. None of the salvage teams have ever found any gold, however, and have only managed to destroy part of the structure of the remains. 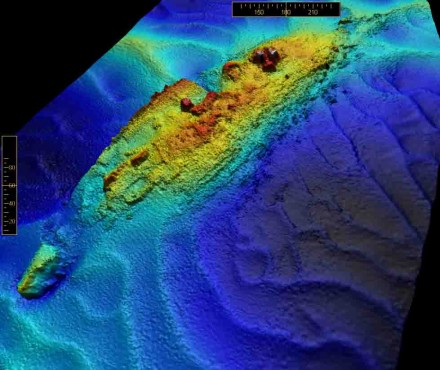