Slot ter Hooghe was a merchant vessel sailing for the Dutch East India Company (VOC) between patria and the East Indies. She was on her first voyage to the East Indies when she wrecked.

Only a year after being built she wrecked off the coast of the island Porto Santo, located Northeast of Madeira. 221 on board of the ship lost their lives. 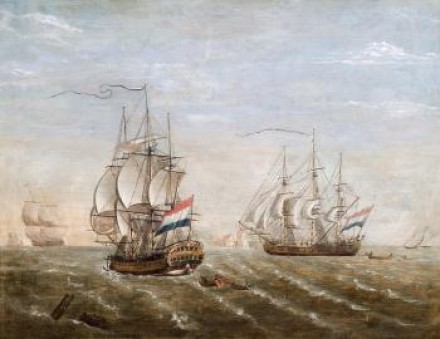 In the 18th century there were already attempts to salvage the wreck of the ship 't Slot ter Hooghe by John Lethbridge who was hired by the Dutch in 1725, only a year after the wreck. But excavation of the site wasn't done on a proper level until Robert Sténuit excavated the wreck in the 1970's.

An article written by Sténuit regarding this wreck "The treasure of Porto Santo" was published by National Geographic in August of 1975.

Artifacts found on site included a large quantity of gold and silver coins and bullion, as well as some cannons. 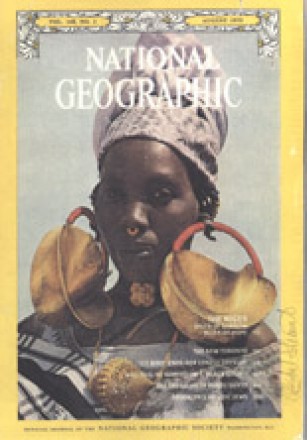 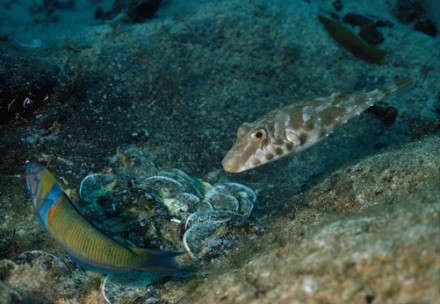 Fish swimming among coins on the site of the wreck. Source: National Geographic. 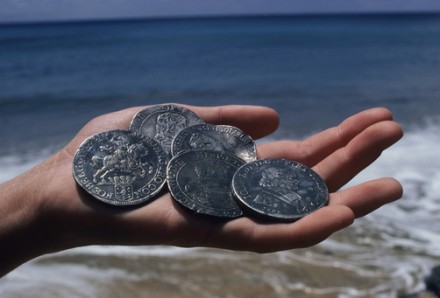 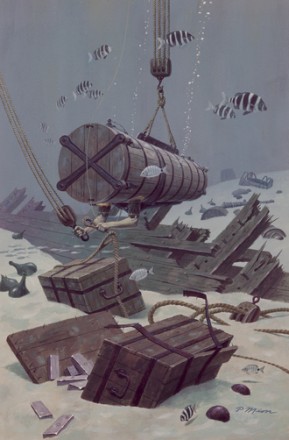 Drawing of salvage attempt by John Lethbridge in the 18th century. 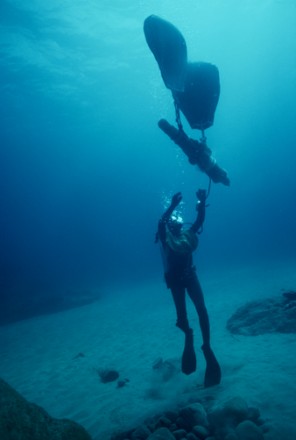 Cannon from the wreck site on its way to the surface.