This is one of the shipwreck found by Sir Arthur C.Clarke and his friends in 1960s. It was sank in 1702 by hitting the Great Basses reef or the Maha Ravan Kotuwa. She was carrying a cargo of sacks of silver coins minted in India and believed to be a type of ship called Suratjunks.

At the moment nearly 18 cannons and few anchors arevisible at the site. The site can be located in a narrow gap between two reefs south to the Lighthouse. Due to the rough waves and the environment no organic part can be seen on the site. The lumps of coin was found from this area. First records of the wreck were taken by Sir Arthur C. Clark and after by Pater Throkmorton in 1960s. Again in 1993 and after 2008 Maritime Archeology Unit of Sri Lanka did the surveys and research work. 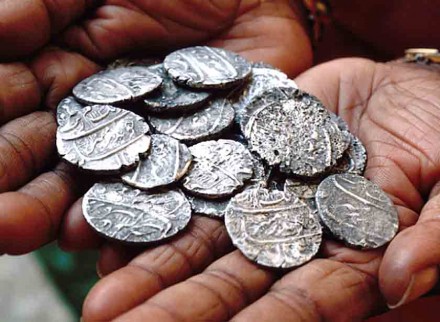 Mugal silver coins from the wreck. 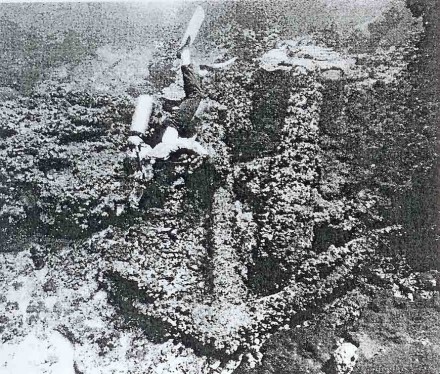 Anchor at the site. 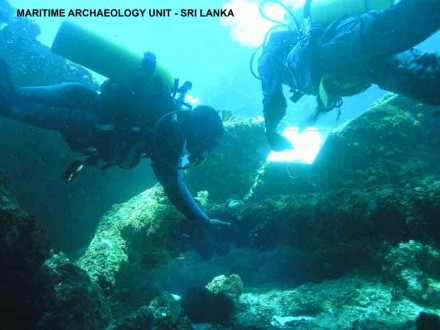 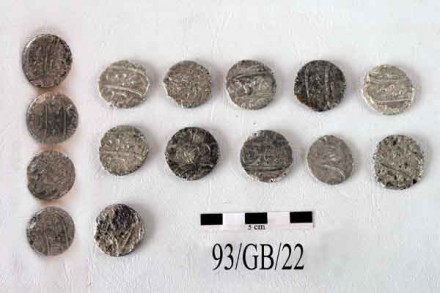 Coins at the MAU Galle. 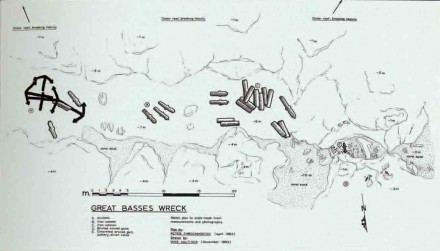