Wrecked on the coast of Portugal 22 January 1626; 198 men were taken prisoner in Lisboa.

Archaeologists in Portugal have discovered  a wreck in September 2018 that could be a Dutch East Indiaman.

The peppercorns, fragments of Chinese porcelain and bronze cannon among the sunken remains of a 400-year-old ship that once sailed the spice route between Europe and India. Cowrie shells were also found, which were used in the slave trade on the West coast of Africa. 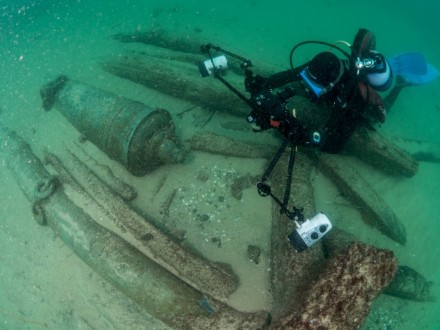 The wreck of the unidentified vessel was found at the beginning of September  2018 by a team of experts surveying an area of sea around the fishing port of Cascais, about 15 miles west of Lisboa.

The wreck site, which sits about 12 metres below the surface, is about 100 metres long and 50 metres wide.