The Santa Maria was part of the great Spanish Armada that sailed from Lisboa on June 1588. Captain of the ship was Martin de Villafranca, a Basque. She was badly damaged in a storm near La Coruna and lost the main mast. After some difficulties she was repaired and could go on. During the actual fighting against the English she was in the rear of the armada exposed to constant English gunfire.

During the manoeuvre to escape back to Spain the Armada rounded the north of Scotland and West Ireland. The fleet was scattered and more than 20 ships were wrecked on the Irish coast. The Santa Maria, heavy damaged already, got as far as the Blasket Sound on the far south west coast of Ireland. She tried to find shelter behind Blasket island from a storm lost her anchor and ran on an underwater reef (Stromboli). She sank instantly.

Only one man survived, a boy named Giovanni (Mannona mispelled by later copiist). This boy was interogated thoroughly and told many details of crew, officers and the sinking of the ship.

The Armada's commander was Medina Sidonia. The fleet set out with 22 warships of the Spanish Royal Navy and 108 converted merchant vessels, with the intention of sailing through the English Channel to anchor off the coast of Flanders, where the Duke of Parma's army of Tercios would stand ready for an invasion of the south-east of England. The Armada achieved its first goal and anchored outside Gravelines, at the coastal border area between France and the Spanish Netherlands. While awaiting communications from Parma's army, it was driven from its anchorage by an English fire ship attack, and in the ensuing battle at Gravelines the Spanish were forced to abandon their rendezvous with Parma's army. 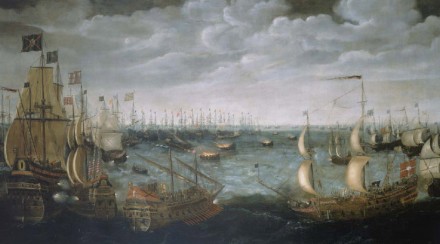 The Armada managed to regroup and withdraw north, with the English fleet harrying it for some distance up the east coast of England. A return voyage to Spain was plotted, and the fleet sailed into the Atlantic, past Ireland. But severe storms disrupted the fleet's course, and more than 24 vessels were wrecked on the north and western coasts of Ireland, with the survivors having to seek refuge in Scotland. Of the fleet's initial complement, about 50 vessels failed to make it back to Spain. 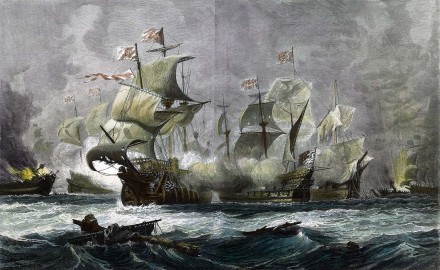 The Santa Maria was a large Mediterranean built merchant carrack, probably from Venetian or Genoese origin. She was refitted as a first line warship. Resulting in a relatively light hull with long heavy masts. This combination made the ship not quite suitable for the Atlantic conditions. These kind of reworked merchant vessels were the bulk of the Spanish Armada sailing against England in 1588. The Santa Maria de la Rosa was the vice admiralship of the Guipúzcoa squadron (Basque) during the Armada's invasion of England in 1588. She was a big merchant vessel. A slow sailor more suitable for carrying supply and soldiers than fight battles. 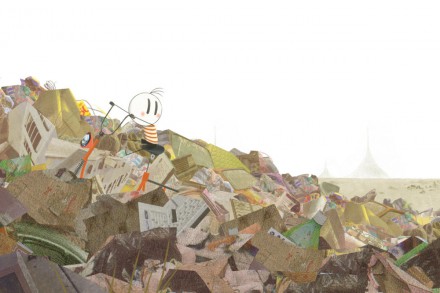 During an expedition in 1968 the wrecksite was found. Part of the ballast stones were discovered with underneath part of the hull planking and mast step of the main mast. Many cannonballs were found, but no cannons. The ship was broken in two parts the stern part with castle and guns were carried away and never found.