It seems that the Sadana Island ship - during her last voyage - did not leave the Red Sea. Although her cargo comes from China, India and the Spice Islands, she carried no cannons. Piracy at that time was such that all ships sailing beyond the protected Ottoman waters had to be prepared for the worst.

The site, located on the Red Sea coast, about 40 kilometers south of Hurgada,  lies 30-42 meters beneath the sea at the base of a coral reef.It was excavated by the Egyptian Supreme Council of Antiquities together with INA. The first shipwreck survey to locate and document underwater antiquities took place in 1994. The wreck was excavated between 1995-1998. 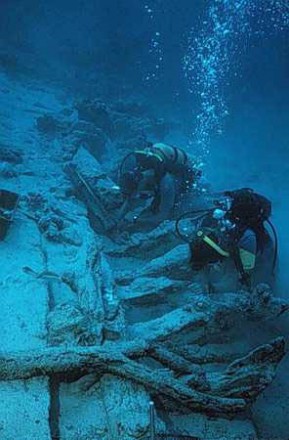 Forward of midships, archaeologists are recording frames at deck level.

The Sadana Island ship was operated by a Muslim crew and laden with cargo for the Egyptian and Ottoman world of the latter 18th century. 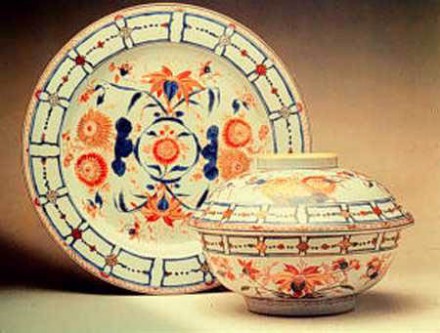 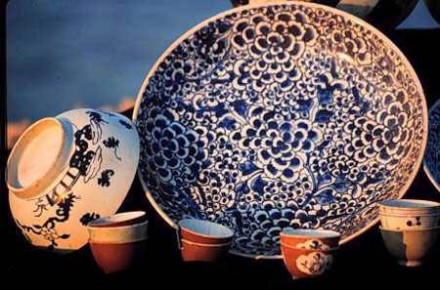 Part of the Chinese cargo.

The Sadana Island ship is of an unknown type and origin.It is not European,not Arab or any other known Mediterranean type. One promising lead comes from historical documents describing Indian ships in the Red Sea. So far, no one has found a large Indian-builtship of the mid 18th century. No Egyptian ships of the period have been found either, so those are two entries on the list of possibilities.

The ship measures more than 165 feet in length, and probably was at least 50 feet wide and perhaps as deep. It may have carried up to 900 tons of cargo. 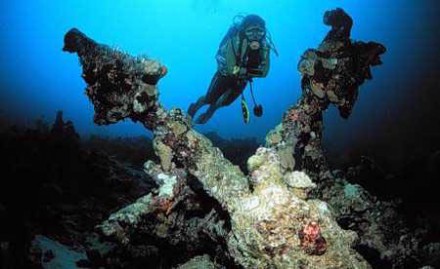 A four-armed grapnel anchor is one of three that mark the ship.