The Risdam sailed as a merchant vessel for the Dutch East India Company (VOC). Risdam is one of the few discovered examples of a Dutch fluyt, which was a ship type characterized by a pear-shaped hull, and a flat bottom. The sloping sides made it difficult for attackers to board and increased available cargo space. Fluyts were used mostly in the Baltic trade, and the design was intended to lower the toll for trade levied by the King of Denmark which was calculated by the width of the upper deck midship.

The shape of the fluyt resulted in a lower centre of gravity, which meant higher masts, more sail, and fewer required sailors. The VOC used about 350 fluyts throughout its years of operation.

Risdam was lost on New Year's Day of 1727 when her captain beached her on Elephant Rock near the coast of Mersing Johor in Malaysia. Risdam was en route to Batavia from Siam but was leaking too badly to continue her journey. There was only one casualty from Risdam's loss, an old man who refused to leave the ship. 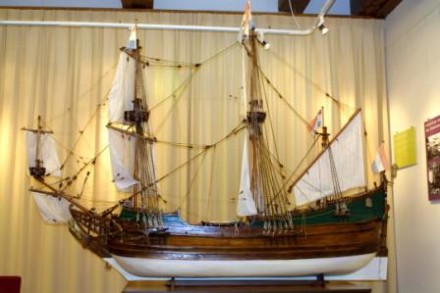 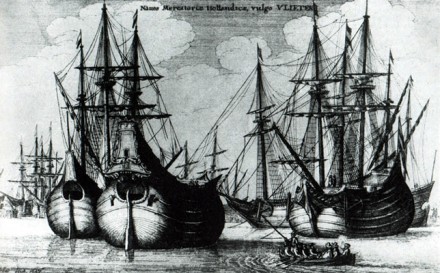 The wreck of Risdam was discovered in 1984 by Mike Hatcher and was incredibly well-preserved due to her location encased in the muddy sediment of the beach where she was lost. It has even been claimed to be the best-preserved shipwreck together with the wreck of the Amsterdam. Archaeological research was done in the form of a survey by Jeremy Green, an Australian archaeologist working with the Western Australian Maritime Museum, who later published his findings. During the course of the excavation, storage jars, tin and lead ingots, bricks, porcelain, and ivory were found, some of which have been incorporated into the museum collection at Muzium Negara in Malaysia.

The ship, and not just her cargo, was extremely well preserved when she was found, making her a find of incredible historical value. Unfortunately, her location was sold by the cook of the ship conducting the excavation to a group of looters from Singapore, who then used dynamite to blast through and destroy parts of the ship to get at her cargo. Hatcher attempted to raise protection efforts from the Netherlands but was foiled due to the complex bureaucracy involved in the international situation since the Malaysian government did not recognize any claims of ownership by the government of the Netherlands regarding the wreck of the Risdam.