The Puttgarden reef forms a natural navigational hazard, which became the final resting place of many ships that have wrecked here. Several wrecks have been identified as ships of the 19-20th century and based on the anomalies as seen on aerial photos, there is a great potential for new discoveries. For this reason, this area is very popular with wreck-divers. 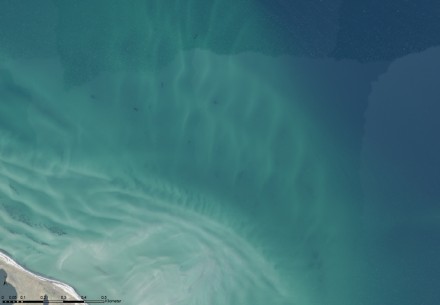 Aside from wrecks, the shallow water depth of 2-5 metres indicates that this area must have been terrestrial several millennia ago due to the effect of the post-glacial rebound (with a sinking coastline south of the Ringkøbing-Fyn High). Mesolithic remains (i.e. micro-flint) in the Grüner Bring area indicates that this may have been a prehistoric settlement area.

The number of well-preserved wooden shipwrecks indicates that the wrecks must have become uncovered recently by erosion, hitherto protected by a sediment layer, as no traces of marine borers have been observed. With a salinity of 28 PSU (https://geoportal.bafg.de/MUDABAnwendung/ Messstation Fehmarn Belt, July 2010) the waters are optimal for the spread of the teredo navalis. Both, the Teredo navalis und Limnoria lignorum were observed in the nearby 17th century wreck of the LINDORMEN, which is now protected by an artificial mound of gravel and sand.

Therefore, it can be expected, that the in situ preservation of these wrecks will be likewise compromised in the future (cf. the forecast of the WreckProtect Project).

Due to the high number of historic wrecks and anomalies, the Puttgarden reef was designated as one of the priority areas by the State Archaeology Department of Schleswig-Holstein within the framework of the BalticRIM Project (Baltic Sea Region Integrated Maritime Cultural Heritage Management, 2017-2020).

The planning goal was a reduced anthropogenic impact on the seabed (e.g. through trawling, anchoring, construction) as not to exacerbate the already existing impact on recently uncovered wrecksites through coastal erosion. Although the desideratum for a spatial protection status similar to a nature sanctuary was not fulfilled by Schleswig-Holstein’s Ministry of the Interior in Kiel (the federal state’s spatial planning authority), this (amongst other designated areas) was included in the 2021 updated Landesentwicklungsplan (LEP) (land development plan, which includes territorial waters) as an area to be taken into consideration on a normative basis in future planning. 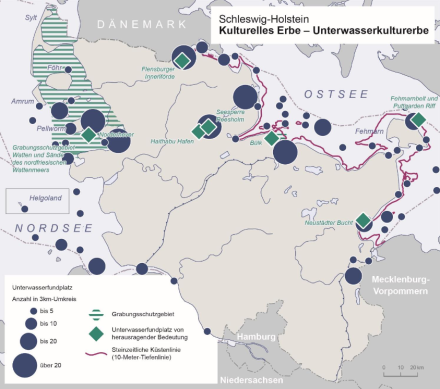