The HMS Sophia Albertina was regarded as a sound, seaworthy vessel. She was well-appointed and on various occasions had hosted royal passengers. In 1770 Prince Henry of Prussia sailed on the Princess Sophia Albertina from Germany to Karlskrona, and in 1771 the newly crowned King Gustav III crossed the Baltic Sea on this vessel immediately after the death of his father.

The Sophia Albertina was probably not only a working man-of-war, but also an imposing and beautifully decorated ship. In the latter part of the eighteenth century, Swedish men-of war were decorated with the finest figureheads and mirror decorations. The hulls of eighteenth century ships were normally painted with yellow oil paint or light pitch, with undulating lines in black, and had black or blue wales. 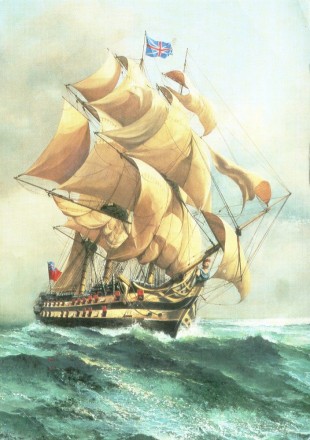 On 4th of June 1781 a prelude to her faith took place at Karlskrona. England and the Dutch Republic were at war (1780-84) and the sea routes on the North Sea were not safe. The Swedish squadron (ten ships of the line and two frigates) for convoy duty was inspected by king Gustav and a salute was fired. Unfortunately the Princess Sophia caught fire. Panic broke out when the fire almost reached the powder room. Men jumped overboard, several drowned and the ship was damaged considerably. Refitted she could join the rest of the squadron 5 days later. 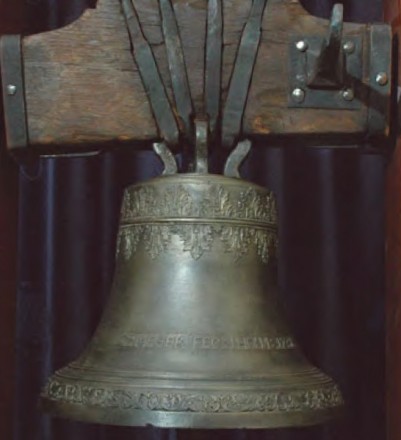 The Sophia Albertina was part of Swedish convoy fleet to protect Swedish merchant ships in these waters. On 20th August 1781 the Sophia Albertina was on her way from cape Finisterre back to Sweden. The weather was bad for days and near Texel she hit ground at 21:00 hour. The sea slowly bashed the ship to pieces. Between 02:00 and 03:00 hour she disappeared underwater. Only 31 members of the crew survived.

In 2002 a ships bell was found with the inscription: MEIJER FEC:IHOLM: 1738 (Gerard Meijer made me in Stockholm). It identifies the shipwreck Noorderhaak 10 as Princess Sophia Albertina. The site is a large mound encrusted with sea anemones and covering an area of 55 by 30 m on a depth between 18-20 m. The core of the site was a large group of iron bars, which together formed a platform, beneath which lay a 12 by 8.5 m fragment of the ships bottom. The wooden parts of the ship itself are almost completely destroyed due to the ship-worm. 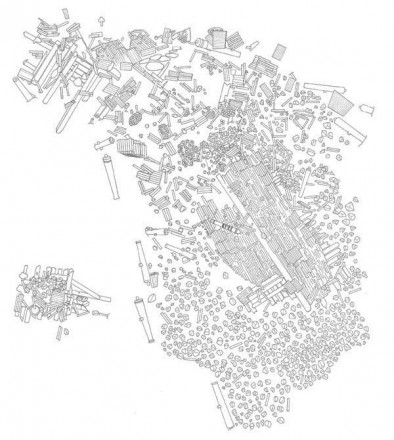 The remnants of the wood indicate a fairly big ship. On the site are a lots of ballast stones, cannons (Swedish Finnbankers) cannonballs, a big anchor, musket bullets.

The ships timbers that have been analyzed originate from central and northern Scandinavia. Dendrochronological study of a framing timber from the south of the site has shown that the timber was felled after 1750 ± 6 years. From 3 June to 3 August 2004, the archaeological diving team of the then State Service for Archaeological Investigations (now the Cultural Heritage Agency) conducted an archaeological field evaluation of the wreck containing the Swedish bell, which has been given the working name Noorder-haaks 10. The team spent a total of seventeen days diving at the site.

A striking feature is the large quantity of ballast iron at the site. Cast iron bars (length: 65 to 120 cm x 8 to 14 cm wide) .lie neatly stacked on both sides of the keelson. Outside the central platform, the iron bars are mainly found to the west and south, some isolated and out of context, some in concretions containing dozens of bars.

A total of sixteen cannons were found and recreational divers have salvaged a further seven. There is a concentration of cannons along the eastern perimeter of the wreck mound. These are 6-, 12- and 24-pounders, some of them of Swedish manufacture. 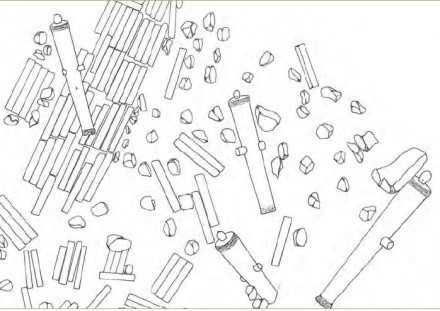 Ship of the line 18th century.