The Overijssel was part of the fleet under admiral Jacob Willekens (Zeelandia) that consisted of 26 ships and 3300 people on board. The fleet left Texel on December 22, 1623. Vice Admiral was Piet Hein. This fleet was to bring about the first phase of the Great Desseyn: the conquest of San Salvador de Bahia; the largest sugar port in Brazil.

May 9, 1624, the fleet entered the bay and Hein personally led the successful storming by sailors on the city's sea fort. The defense collapsed and the city fell into the hands of the Dutch.

Although the city was conquered in 1624, on April 30, 1625 it was recaptured by the Spaniards commanded by Don Fadrique de Toledo.

In 1631 The Overijssel arrives in Goeree coming from Pernambuco with a large load of tropical wood. She had been in England for a while. The reason is not stated. (Courante uyt Italien and Germany 4-1-1631).

The Overijssel is last mentioned in the list of ships of Johan Maurits 1639. 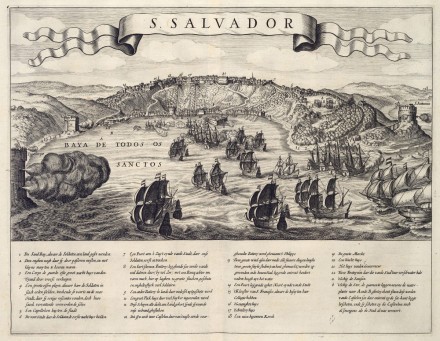