The Oostvoornse Meer (Oostvoornse Lake) was created in the 1960s by the construction of the Brielse Maasdam in the 1950s and the Brielse Gatdam in the 1960s, both part of the extensive water management projects undertaken around Rotterdam. After the area was closed off, forming the lake, sand excavation in the lake was undertaken to provide sand for the construction of the Maasvlakte 1.

This revealed a high concentration of wrecks underneath the lake bed. The sand at the bottom of the waterway would have quickly swallowed any wrecked vessel, and worked throughout the centuries to highly preserve any remains. Unfortunately, the changes introduced to the waterway presented a danger to the remains in the lake. The sand mining exposed and disturbed many of the wrecks, ranging from partial disturbances to total degradation, and many wrecks that were previously buried are now exposed. This has led to a high rate of sports diving on and illegal excavation of the wrecks. Another threat to the shipwrecks is the timber-eating worm Teredo navalis, also known as the naval shipworm. Although the closure of the lake led to a freshening of the water, efforts since 2007 to re-salinate the lake have led to a recurrence of the worm. The timber wrecks lying in the Oostvoornse Meer are at a high risk of destruction due to this organism.

The area was a very busy waterway for shipping since the late Middle Ages, and the lake presently contains the remains of more than a dozen wrecks spanning from the 16th-20th centuries, although most date from the early 17th century. This is most likely due to the presence of an infamous sandbank during that time, which was referenced on a map from 1645 as de Hondenplaat.

During a research campaign by the Cultural Heritage Agency of the Netherlands in 2014, an inspection dive was made to the Oostvoornse Meer 12 (OVM12). The wreck lies at 35 to 40 m depth, were the water temperature is much lower, 8°C, than at the lakes surface, where it is 18°C.

The inspection showed a large seafaring ship, with at least two decks and a possible third (half)deck. The hull is made of multiple layers and the ship is reinforced at board and deck. These reinforcements suggest that the ship was heavily armed with cannons and was probably in use as a warship. On deck a large amount of rope and pieces of leather are present. One wood sample of the ship was taken for dendrochronological research and was dated to 1605. 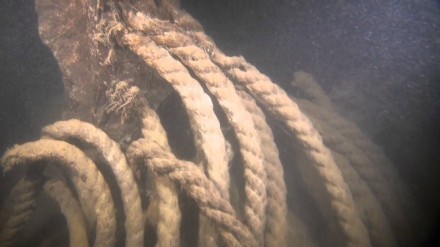 The Oostvoornse Meer 12 (OVM12) is a large wooden seafaring ship, dating to the 17th century. The ship has at least two decks and a possible third (half)deck. The hull has multiple layers and the reinforcements of the ships board and deck suggest the ship was once heavily armed with canons. It is possible the OVM12 was a warship. 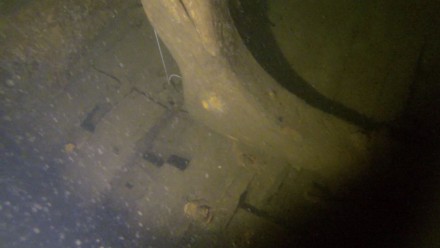 The diving inspection in 2014 showed that the wreck was not, or barely, affected by shipworm, Teredo navalis. It had no signs of attacks by shipworms in the past and present. This makes the Oostvoornse Meer 12 the only wreck in the Oostvoornse Meer that has not been affected by the marine borers. The one wood sample confirms this. The ropes and pieces of leather are also in very good condition. 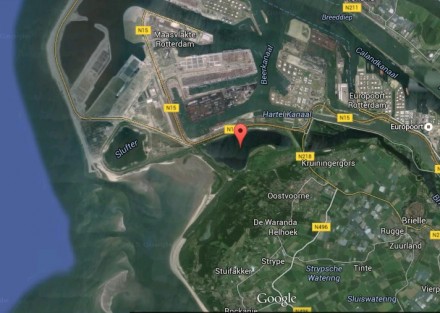 Although the wreck is in good condition now, it is probably only a matter of time until the wreck is affected by the shipworm. The salinity, temperature and oxygen level in the lake are perfect for shipworms, only the temperature in deeper areas is too low for the shipworm to become a threat. A change of the salinity of the water can be a solution for preventing the shipworm from affecting the OVM12 and other shipwrecks in the Oostvoornse Meer.

The results of the campaign will be used to give a selection advice for the Oostvoornse Meer 12, which can be used for the protection of the wreck site. 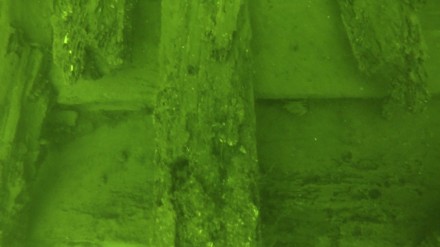 Shipworms at the OVM 12.