Middelburg was on her way back to Patria from the East Indies in a convoy with two other ships, Gouda and Hollandia, carrying a cargo of mostly pepper and other spices. 1500 km east of Madagascar, the convoy was struck by a very fierce storm. After the storm had abated, Middelburg was mast-less, Hollandia had lost her main mast, and Gouda was lost all together, with only a cloud of pepper on the surface of the water to mark where she had been.

Middelburg and Hollandia sailed to Madagascar for repairs, where Middelburg spent more than six months. There is a record left in Madagascar by the crew in the form of a post stone, which were messages left carved into stones by VOC crews, often recording the date of arrival, departure, and name of a ship, and sometimes indicating the hiding place of a letter. The post stone left by the crew of Middelburg indicates her arrival date, departure date, her captain, and the fact that she was mast-less when she arrived.

The last record of Middelburg comes from a letter left under another post stone at the Cape of Good Hope in South Africa. The letter was written by the crew and details the storm and the months of repair undertaken in Madagascar. The letter states that the crew intends to head for St. Helena on their way home to Patria, but only Hollandia made it home. The captain of Hollandia, Willem Bontekoe, once home, theorized that Middelburg and her crew had fallen victim to a pair of Portuguese pirates anchored at St. Helena, but unfortunately, no hard evidence of the fate of the ship, or her final resting place, is known today. 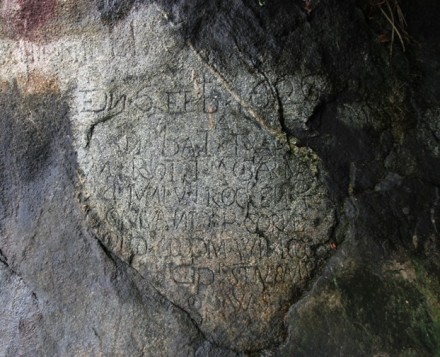 Two documentary about the VOC post stones, including the stone carved by the crew of Middelburg, were produced in 2012.

The first documentary was made by a Dutch team. The project was intended to bring international attention to the shared history of the Netherlands, South Africa, and Madagascar, by sharing the story of this unique piece of Dutch East India history.

Ancient maritime inscriptions dating back to the early 1600s have been found on the coast of Madagascar by Flinders University researchers.Dr Wendy van Duivenvoorde (pictured), a lecturer in maritime archaeology, returned from the world's fourth largest island last month with evidence of more than 40 inscriptions from Dutch sailing ships that once traversed the region en-route to South East Asia.

Master on final voyage: Jan Dyck van Vlissingen a primary source, namely the cargo list from her final voyage, written and signed in Batavia, lists her captain as Dyck). 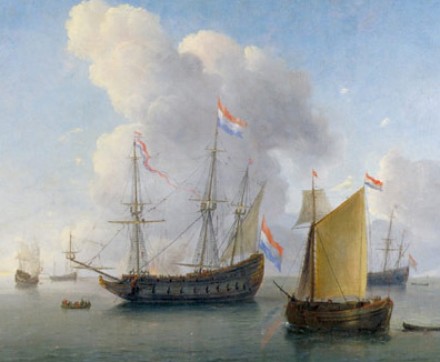