The ship Middelburg was lost on the 18th of August 1606 during the Battle of Cape Rachado near the city of Malacca. It caught fire after being shot by the Portuguese and subsequently sank.

The Battle of Cape Rachado is historically a famous and important one, as the battle was fought over control and use of the strait of Malacca. The strait of Malacca was an important part of the route to the East, and the Dutch and Portuguese fought over its control, resulting in a final battle known as the Battle of Cape Rachado. This route to the east was important for both the trade of spices between Europe and Asia, but also for the intra-asiatic shipping.

In the Battle of Cape Rachado, a Portuguese fleet of 9 and a Dutch fleet of 11 ships fought for control of the strait. In the same battle against the Portuguese, the Dutch ship Nassau was lost, just a few days after the Middelburg. 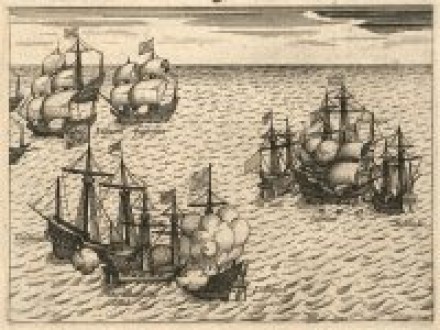 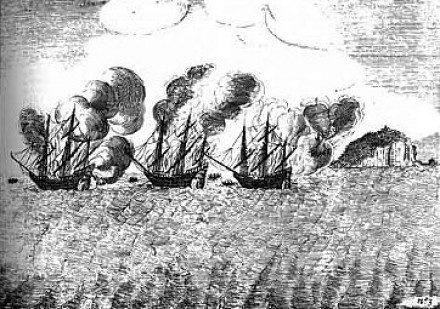 Middelburg was built in the beginning of the VOC-era. Because of its place in the development of the VOC, the ship and its finds can be seen as of great historical importance. Wrecks can be seen as time capsules telling us stories about events and their period of time. As a learning object about the VOC, it is important to look at ships like the Middelburg. This ship was found near a Dutch and two Portuguese ships.

Cannons and ammo have been found throughout the seabed at the same location, providing further evidence of the violent battle.

The wreck site of Middelburg was salvaged by S.H. Ong under contract with the National Museum and under supervision of M. Bound during the period of 1995-1997. It was purely a salvage operation, as no archaeological research was performed at the time. The Dutch claim on the ship has not been seen as valid by the Malay government since it is in Malay territorial waters.