Search for an Iceland trader

On August 8, 1992, two Icelandic divers descended in the harbour of the island of Flatey in Breiðafjörður. They were not just there to appreciate the beauty of the place, but rather to locate the wreck of the 17th century Dutch merchant ship the Melkmeid, whose fate had made a lasting impression on the local community.

The loss of the Melkmeid is mentioned in a few contemporary Icelandic sources, the most important being the annal called Ballarárannáll, but also left its trace in the Dutch archives. They record that the ship had been leased from its owner Pieter Pietersz. van Hoobre by a Danish merchant named Jonas Trellund who had sought his fortune in the Dutch Republic in the early 1650s. By 1658, still in his late 20s, Trellund's endeavours had taken him across Europe, while specializing in the Iceland trade. From his base of operations in the Breiðafjörður, his ships sailed on to Stykkisholm, Stapi and Bjarneyjar to trade. 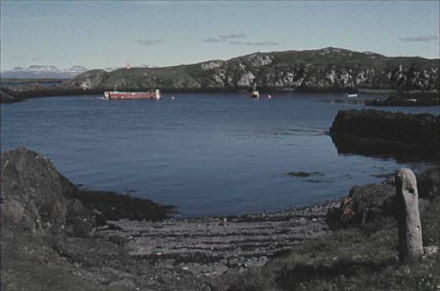 The harbour of Höfnin is formed by the crater of the volcanic island of Hafnarey (source: Einarsson 1993).

In 1659, disaster struck for Trellund. After having traded along the coast of Iceland throughout the summer of 1659, Melkmeid's skipper Hans Davidtsz had anchored the vessel in the harbour of Flatey. As the last of Trellund's merchant fleet, the ship was about to start its return voyage to the Netherlands, when a storm hit the island. Along with a load of 70,000 salted fish and several tons of salted meat, dried fish, sheep skins, cod-liver oil, talc and some remaining trade wares, the Melkmeid slowly sank in the harbour of Höfnin.

For two days the crew was stuck on the ship's stern which still stuck out from the ice-cold water until help arrived. In the meanwhile, one sailor had died and the remaining crew of 14 were forced to remain on Hafnarey for the winter. The sailors managed to survive on a diet of oatmeal rescued from the sinking ship, and food provided by local farmers. Supposedly, the men used the wreckage of the Melkmeid to build a small but seaworthy boat on which they sailed back to the Netherlands during the next summer.

Nearly 350 years later, when two divers arrived at the scene of the Melkmeid disaster, they indeed encountered a shipwreck, but they were surprised to find that it had a metal hull. After the initial disappointment, the Danish schooner Charlotte that wrecked off Hafnarey in 1882, was found to be deposited over a much older wooden wreck, filled with pottery typical for a Dutch merchant ship. The site of the Melkmeid is now recognised as the only identified shipwreck and the only Dutch vessel in Iceland's waters.

Soon after the discovery, an underwater archaeological investigation was undertaken in July 1993 at the wreck site by the National Museum of Iceland. It was the first underwater archaeological work done in Iceland. It was was the first investigation of its kind to be undertaken in Iceland, and was on a very modest scale. The work consisted in clearing up and mapping a part of the Dutch wreck, covering an area of 4 x 8 m, and collecting loose objects from it. 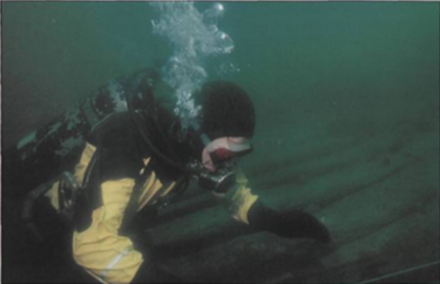 A diver inspects the hull of the Melkmeid (source: Einarsson 1993).

Although the full wreck site was not documented, the length of the complete ship was estimated to have been at least 25 m. Combining this information with the historic details regarding the cargo, the ship may have had a tonnage of 100 tons or more and may have been a Fluyt type vessel. Burn marks were found all over the wreck, suggesting that the ship had caught fire before or after being dragged towards the rocks on the westside of the harbour where the wreck was found. As the keel of the Melkmeid was found intact on the bottom of the sea, it is thought unlikely that the story of the crew sailing home on an improvised boat is true in detail. The wreck did seem to miss specific parts, but these may equally well have been used in buildings on the island. 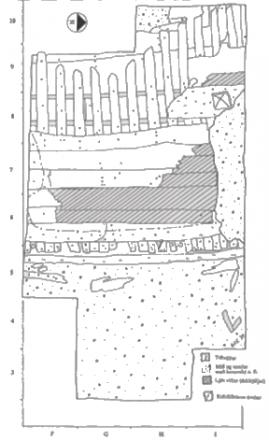 Objects that were found at the wreck site included various bottles, lead panels and nails. The most important objects found during the investigation were however the pottery, ca. 30 kg of faience, of the Delftware type. At least at the time, this was the largest quantity of pottery found at a single site in Iceland dated to the mid-17th century – more specifically to the 1650s, in line with the wreck's identification as the Melkmeid. 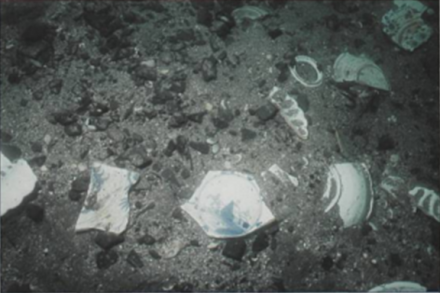 The Melkmeid was a wooden sailing vessel, a fluyt, that was associated with the Dutch Republic.

After the 1993 investigation of the Melkmeid, research was conducted in 2016 by the RCE.

Although underwater archaeological sites enjoy legal protection in Iceland, not much can be said of the wreck's current condition as no monitoring is being done.