Career of a slave ship

In the summer of 1719, Amsterdam shipbuilder Jan Gerbrandse Slegt started work on the construction of the Leusden. The frigate type vessel had been ordered by the Dutch West India Company to serve in the transatlantic slave trade, and was ready just eight months later. Between 1721 and 1736, Leusden made nine successful voyages, sailing to Elmina on Africa's Slave coast to collect African captives, delivering them to the slave market on St. Eustatius or Suriname, and returning to the Texel roadstead. While being comparable in size to the well known slave ship Fredensborg, which provided a space of only 180 x 40 x 70 cm per captive, Leusden carried an average of 658 captives on board - more than double that of the Fredensborg. Not surprisingly, over the years several slave uprisings took place on board. 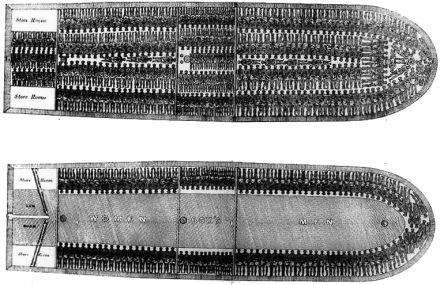 Tragedy of the Leusden

At the very end of the year 1737, Leusden had reached the South-American coast in record time, owing to favourable weather conditions. However, on 31 December, a heavy storm broke out, covering Leusden in a thick mist. The next day, when the weather had cleared up, Leusden's crew found themselves and their ship in the shallow murky water of the Marowijne river delta, between modern day Suriname and French Guiana. While a scout was sent out on a sloop to establish their precise location, the flood slowly dragged the ship towards even shallower water, until the bottom of the ship hit the river bed. Attempts to free the ship only caused more damage to the hull, and the vessel started to leak.

At this point, a panic broke out. The captives locked up in the ship's cargo hold desperately tried to escape to the upper deck. In fear of being overpowered, Leusden's crew secured the hatches, trapping nearly 700 African men, women and children inside the sinking ship. When the scout returned on his sloop the following morning, all but 16 captives had drowned and the ship was considered lost. Leusden'screw of 73 completed the journey on the sloop. Upon arrival in Suriname, the 16 surviving captives were sold at the slave market.

Despite the Leusden's demise arguably being one of the greatest human tragedies in Dutch and Surinamese history, the story had never reached much attention until independent historian Leo Balai wrote his PhD thesis on the subject in the period 2006 - 2011. The completion of this research spawned the Historical-Archaeological Research Leusden project, which is coordinated by Balai and Jerzy Gawronski of the archaeological institute of the University of Amsterdam, and is aimed at locating the wreck of the Leusden. Precise historical and archaeological data on slave ships are scarcely available. The only known wreck site is that of the Danish slave ship Fredensborg (1768) which has been excavated in 1998. Therefore the wreck of the Leusden would offer tremendous research potential regarding the construction and equipment of slave ships, the daily reality of the slave transport and the material culture and physical backgrounds of the African slaves. In addition, the wreck site - a grave to nearly 700 African captives - would be of great spiritual value to the local community. 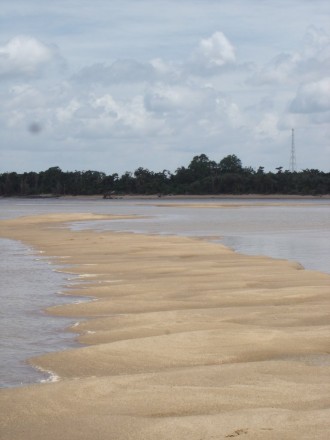 In August 2013, a first survey of the Marowijne delta was conducted by an international team of scientists. The aim of the effort was mainly to test magnetometer equipment and to explore the availability of facilities necessary for the HAR Leusden project. Despite the limited scope of the survey, scans of the river bed already resulted in two very clear and three weaker iron signals, indicating the locations of several shipwrecks waiting to be identified.

Condition: Not found yet 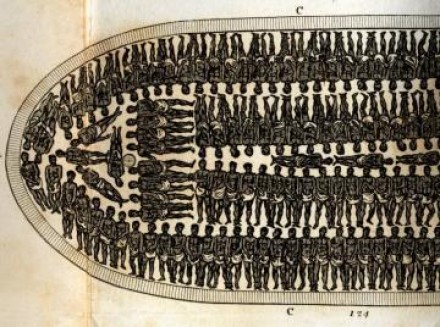