The ship Kampen (or Campen) set its sails heading for Batavia to the Dutch East Indies on the 12th of October 1627. It was her maiden voyage. The ship was lost on the treacherous Needles at the Island of Wight in the UK. The crew of 160 sailors, soldiers and merchants reached the land safely. They had succeeded in taking with them all but two chests of silver coins on board. But still much of the cargo remained on board, providing us with a view on what the cargo of such a ship contained.

In the years 1627 and 1628 a part of the coins on board of the wreck were salvaged from the site by Dutchman Jacob Johnson. He was known within the Company as Jacob the diver, as he was the person who tried to salvage shipwrecks and their artifacts around British coasts. 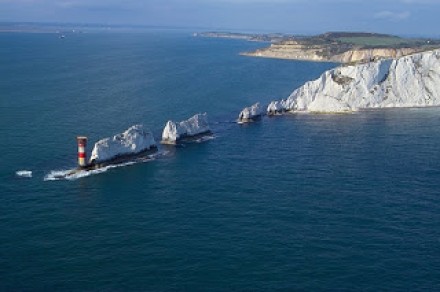 The Kampen sank just south of The Needles. Shortly after the wreck Dutch salvor Jacob the diver and local merchant Robert Newland began to explore the wreck. They handed 5 cannons, 6,600 kg of lead and 2,635 coins to the authorities.

The ship Kampen was rediscovered in June 1979 at the Needles near the Island of Wight. Not much was left ofthe ship. However some of its cargo still remained at the site of the wreck. During the expeditions that followed its discovery in 1979 some of the ships cargo was found. Lead ingots and about 8000 coins were part of the cargo finds. The coins consisted of Reales and Lion Coins (Leeuwendaalders). Lead was a common item of commerce of the 17th century. 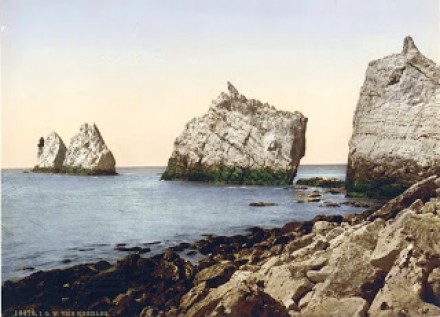 Needles of isle of Wight. 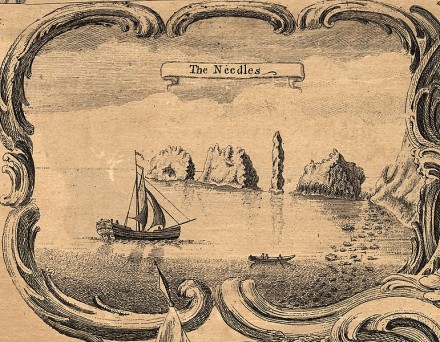 The Needles depicted by Isaac Taylor in 1759. 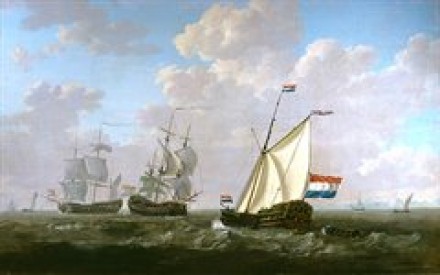 Painting of a yacht by J. van Strij. Source: verenigingrembrandt.nl.