A reference to a ship disaster dating to 1715 AD in Finland was discovered on a sea map in the National archive of the Netherlands in 2015. The identification was simple, only one Dutch ship was reported to have sunk there in the period: the Huis te Warmelo.

On June 1, 1715 a squadron of twelve ships of the Dutch admiralty was assigned to protected a merchant fleet of Oostvaerders that departed Texel for the Baltic Sea. It was part of a combined Anglo-Dutch fleet to protect Dutch and English interests in the Baltic area.

The reason for the combined fleet was the ever-growing tension between Russia and Sweden. Russia had built a new modern navy with a lot of help from the Dutch Republic. Shipbuilding technique, ships and officers to man the newly built Russian fleet were provided by the Republic. Tsar Peter visited Holland twice to learn all about shipbuilding. The Swedes were attacking all Dutch and English merchants in the region as an answer. In the Sont the Dutch met with the English fleet of 20 ships under command of John Norris meet with the English fleet. The combined actions were a great success, very few incidents were reported and most Swedish privateers stayed in their home ports.

The Huis te Warmelo was one of the ships under command of rear admiral Veth who was cruising in the Gulf of Finland when she sank. This was the only major incident during the operation. Because of the great success the next year a new combined fleet was sent to the East Sea region. 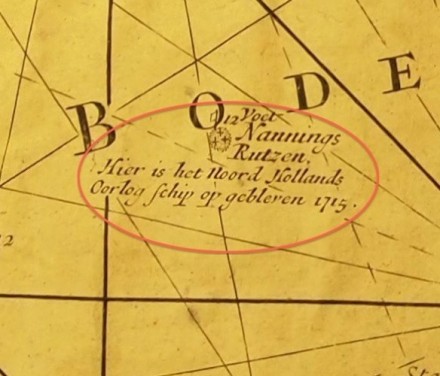 The location of the Dutch ship on the map.

In 1697 after many years of domination by Dutch trade-activities, the maritime relations between Russia and the Netherlands changed and became more navy-minded. During the visit of the Russian Grand Embassy to the Netherlands, leading participants of this delegation, like admiral-general François Lefort and Tsar Peter, started to recruit shipwrights and seamen in Amsterdam for the Russian Navy. The tsar needed men for his war against the Ottoman Empire and his plans in the Baltic Sea. This war started when Peter the Great tried to conquer the Turkish fortress of Azov to get an entrance to the Sea of Azov and the Black Sea. His first campaign against Azov in 1695 failed, but his second attempt the next year led to victory (M.A van Alphen, 2013, Cornelis Cruys in the Netherlands).

One of the Dutch marine officers who went to Russia was Cornelis Cruys, who was born in Norway (1657) but living and working for the Amsterdam Admiralty in Amsterdam. His first commission was building the Azov fleet. In 1698 Cruys became commander of the naval wharf in Voronjez. 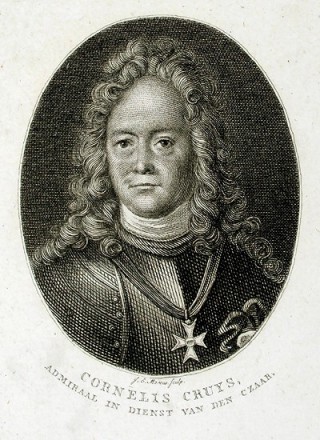 The Huis te Warmelo was a fourth-rate ship-of-the-line (5th charter, admiralty of Noorderkwartier & West Friesland). It was built in 1708 in Medemblik (the Netherlands) by Cornelis Willemsz Blauwvlag. It was captained by Francois de Groot. On August 25, 1715, it struck a rock and sank near Kalbadagrund, Helsinki (Finland). 130 crew members drowned. 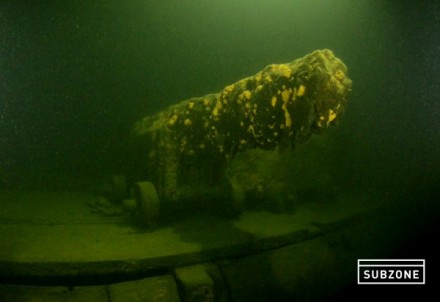 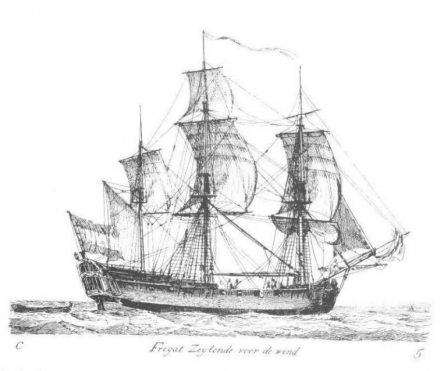 About ten years ago a wreck was discovered in Gulf of Finland just outside Helsinki. Until 2015 it was referred to as the ‘wooden cannon wreck’. The structure is very well preserved, with cannons on deck. In 2015 a reference to a ship disaster was discovered from 1715 that mentions a Dutch ship in the Finnish Gulf. In the summer of 2016 and 2017 a Subzone team researched the wreck.

The Finnish Heritage Agency and the Cultural Heritage Agency of the Netherlands (RCE) held a meeting in Helsinki on 27th March 2017 with regard to the management and protection of the wreck. On April 17th 2018, a meeting took place with all partners and agreements were made about the legal protection, research, cooperation and audience reach. On 6th June 2018 the Centre for Economic Development, Transport and the Environment/Uusimaa Region decided, after a request by the Finnish Heritage Agency and the RCE, to make a protection zone around the Huis te Warmelo wreck according to the Finnish Antiquities Act. The diameter of the protection zone for the Huis te Warmelo wreck is 800 metres . In the protection zone it is forbidden without the permission by Finnish Heritage Agency to dive, anchor, fish with gears used near the seabed, do any kind of construction work or do any activity which causes changes to the seabed. With this measure an important step has been taken to protect the wreck of the Huis in Warmelo.

However, besides protecting, the RCE would also like to tell the story of this ship that is so well preserved on the seabed due to the conditions in the cold water and the depth (64 metres). It promises to generate very interesting research in the coming years as a comsequence of the co-operation between the two governments and the public and private partners.