Originally launched as a French Navy Magicienne-class frigate in 1779, the Lutine was captured by the British in 1793 during the French Revolutionary wars, at the Siege of Toulon. After the siege, the vessel was refitted by the British Navy as a 38-gun fifth-rate frigate. During the Second Coalition of the war, an attempt by the monarchs of Russia, Austria and Great Britain to eliminate the influence of Revolutionary France in Europe, HMS Lutine came to serve as an escort. She was mainly involved in guiding transports in and out of the shoal waters around the north of the Batavian Republic – a French client state and successor to the Dutch Republic.

In 1799, an imminent crash of the important Hamburg stock market threatened to topple Britain's German ally, and in order to cover the loans that had been granted on the German market, a large sum of money was needed. In response, the Lutine was employed by the British to carry about £1,200,000 (equivalent to about €95,000,000) in gold and silver from Yarmouth to Cuxhaven. The cargo never reached its destination. Instead, during a heavy storm in the evening of October 9, the ship was drawn by the tidal stream onto a Wadden Sea sandbank off Terschelling. There, the Lutine sank, taking all but one of her 240-odd passengers and the entire cargo with her. 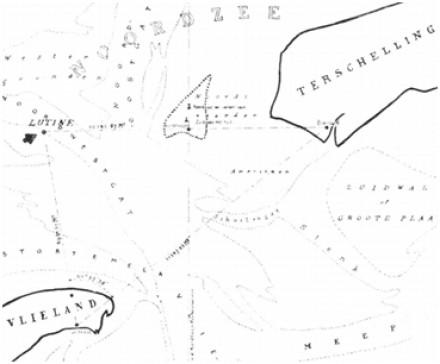 For two centuries, researchers have wondered why experienced captain Lancelot Skynner had deviated from course and ventured out into the treacherous waters of the estuary between Vlieland and Terschelling. According to a recent archival study, Lutine was on another, secret mission to North Holland, where it was to provide combat pay to the English troops fighting Napoleon's army. Presumably the reason for the detour was kept secret, in order to secure financial compensation by the English maritime insurance company Lloyd's. 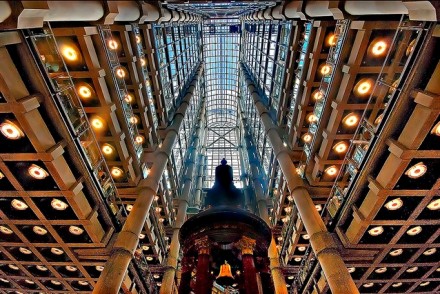 Lutine's bell, engraved ‘ST. JEAN -1779’, was recovered on July 17, 1858 and has been re-hung in the Underwriting Room at insurance company Lloyd's (photograph: Edwin Jones).

Salvage attempts of the wreck of the Lutine began almost immediately after her sinking on behalf of multiple parties. Since the Dutch were involved in the war with England on behalf of the French at the time, the salvage rights were claimed as a war prize. The other party was Lloyd's of London, an English insurance company which paid the insurance claims on the bullion and specie. The location of the wreck made salvage efforts incredibly difficult, and these initial efforts were ultimately unsuccessful.

Attempts at recovering the cargo of Lutine continued throughout the following decades, and various expeditions yielded a variety of items, such as gold and silver bars and specie, some cannon, the bower anchors, grapeshot, and Lutine's bell in 1858. The last salvage attempt was in 1938.

The bell salvaged from the wreck site of Lutine has hung in the Underwriting room of Lloyd's of London since it was salvaged. Traditionally it was rung to announce the news of ships that were late to arrive at their destination. It was rung once for bad news or news of the loss of a ship, and twice for good news, such as the safe return of a missing vessel. It was rung so that all of the employees with an interest in the vessel would be assured of receiving the news at the same time. The tradition was discontinued after the bell developed a crack, and is now only rung to mark important occasions, such as the death of a member of the royal family. 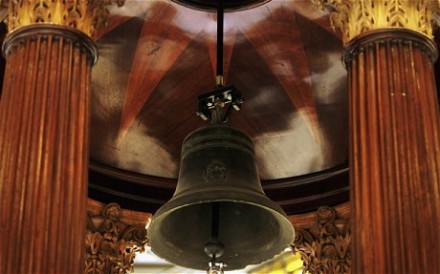 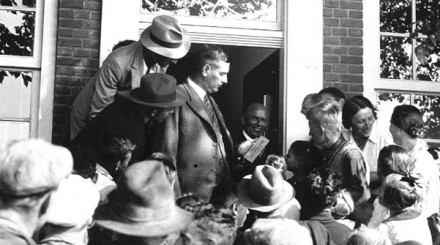 One of the few salvage companies that was successful in the hunt for the Lutine gold was Karimata. On June 20, 1938 one of the gold bars was presented to the public (source: Nationaal Archief).

HMS Lutine wrecked between the Dutch islands of Vlieland and Terschelling in 1799, carrying an exceptionally rich cargo. The shipwreck has been subject to a gold hunt ever since. 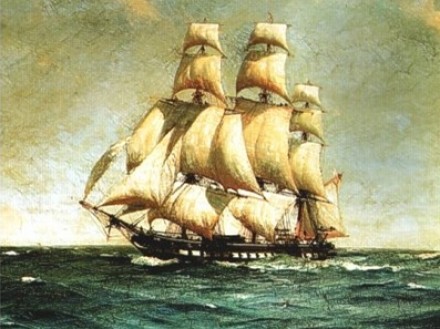 Salvage attempts on the Lutine are taking place to this day. However, the wreck is only seldom revealed by the shifting sands of the Wadden Sea. No information is available on the condition of the wreck, although it is expected to have been left heavily damaged. An estimated €20,000,000 in gold and silver is estimated to remain on the bottom of the sea. 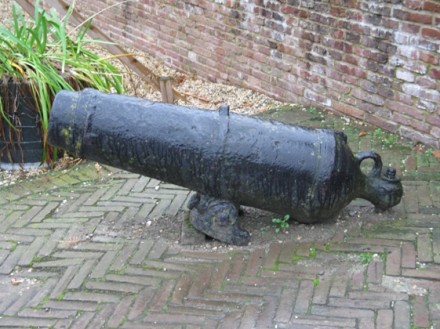 Not just gold has been collected at the Lutine. One of the ship's cannons ended up in the garden of Amerongen Castle (source: Rijksmonumenten.nl).