HMS Cressy was a Cressy-class armoured cruiser, a class which consisted of five other ships. The design of the Cressy class incorporated heavy armour and a pair of 9.2-inch guns that served to address the criticisms that had been made against the previous Diadem class. Until 1908, Cressy and her sister ships served in home waters, the Mediterranean and the Far East, at which point they were called home and put on reserves. 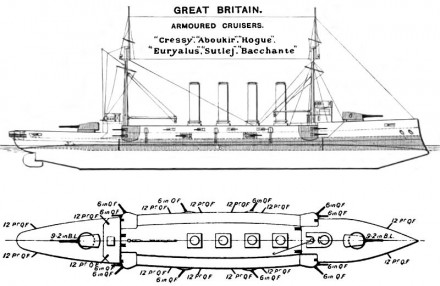 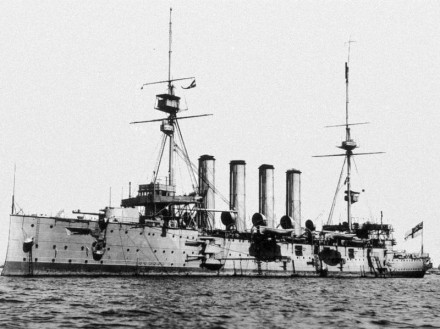 Early on the morning of 22 September 1914, the three cruisers of Cruiser Force C, HMS Cressy, HMS Aboukir and HMS Hogue were patrolling near the Netherlands in the North Sea, when they were spotted by the German submarine U9, under command of Otto Weddigen. The ships were sailing at a speed of 10 knots, in a straight line, which went against common naval orders of maintaining a speed of 13 knots while moving in a zig-zag pattern to avoid enemy attack. Unfortunately, the Cressy-class cruisers could not maintain such a speed and it was common at the time for naval commanders to disregard the order to move in a zig-zag pattern. At 6:25 in the morning, U9 fired a single torpedo at Aboukir and struck her port side. Aboukir flooded quickly, and despite counter-flooding measures, began to list severely to one side. As his ship lost power and thinking that she had struck a mine, Captain Drummond ordered his crew to abandon ship and ordered Cressy and Hogue to close and assist. As sailors began to jump in the water since only one boat had survived, Drummond realized that the ships under his command were under attack, and ordered them away, but it was too late. 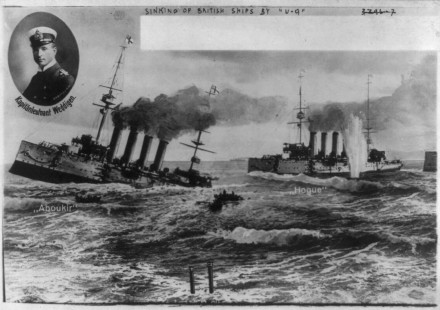 A contemporary German postcard commemorating the sinking of the three British ships.

As Aboukir rolled over and sank, about half an hour after she was first hit, Hogue circled around her to pick up survivors. U9 fired two torpedoes, hitting Hogue amidships, which flooded the engine room, and caused her to sink within 10 minutes. After hitting Hogue, U9 fired two torpedoes at Cressy – one missed, but the other struck her side, rupturing several boilers in the process, scalding the men in the compartment. Cressy sank within 15 minutes.

The whole action took less than 2 hours, and by the time the German submarine left the scene, 1459 sailors were dead and only 837 were subsequently rescued. An official inquiry into the disaster was launched, and it was determined that fault for the incident lay with all the senior officers involved. Captain Drummond did not move his ships in the ordered zig-zag pattern and did not call the destroyers that should have accompanied the three cruisers out to sea when the weather had sufficiently cleared. He stated that he was not aware that he had the authority to do so, thus fault lay also with Rear Admiral Christian for not making the full authority of his command clear. Rear Admiral Campbell was at fault, as he was not present at all, and showed very poor performance at the inquiry, where he stated that he was not aware of the purpose of his command. Finally, the fault was determined to lie with the Admiralty in general, for continuing such a dangerous patrol against the advice of senior sea-going officers.

An impression of the sinking from 1916.

The Cressy was a Cressy-class armoured cruiser built by the Fairfield Shipbuilding & Engineering Co Ltd in Govan. She was laid down in October 1898 and launched in December 1899. She had steam propulsion and a complement of 725-760. Her armament consisted of 29 guns and two torpedo tubes. 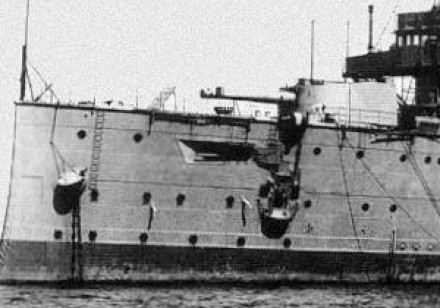 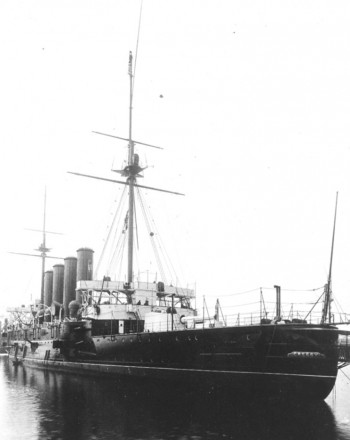