Bought in 1655 by the DEI chamber of Amsterdam.¹ 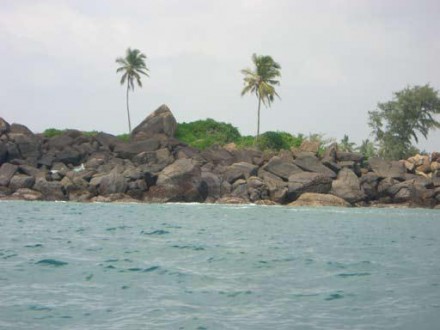 Sinking of the Hercules

In the early morning of 22 May 1661, a small fleet of four ships was ready to sail to Batavia. Two officers were persuaded by the fine weather to take the ships out of harbour before any adverse change. There are several reefs in the area which lie hidden just below the surface, inviting disaster for ships entering or leaving the harbour without a pilot at the helm.

After the flute Elburg and the yacht Tholen were guided out of the bay, the pilot returned and prepared to take the yachts Hercules and Angelier out of the bay together. An eyewitness aboard the Angelier gave an account of what went wrong after the ships weighed anchor:

"When the crew of the Angelier had weighed anchor and were busy pulling up the sails, quite suddenly a strong cross-wind struck the ship. We managed to fasten the sails again and to throw the anchor.

On the Hercules however, half a pistol shot from us, things went wrong. I saw that the anchor rope was broken. This seemed strange to me, since this rope wasnt bad and no other ship in the bay at that moment had the same problem. Still they tried to throw the second anchor, but in this case the end of the rope wasnt secured to the mast so they lost the second anchor too. Without anchors the ship was now a playing ball of the elements. The bow of the ship turned in the direction of the land and was breaking to pieces on the cliffs a few moments later."² 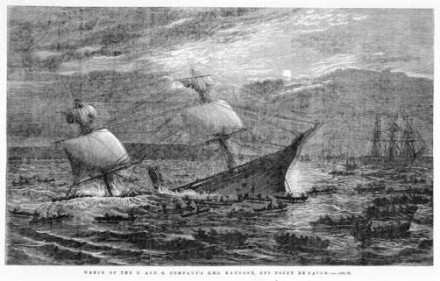