The Henrietta Marie was not specially built as a slave ship. But it is one of the few examples in the archaeological record of a slave trading vessel. It is special because the Henrietta Marie is excavated and gives a rare insight in slave trading ships, the people who sailed them, the cargo they carried, and the horrible conditions Africans were forced to endure in slave ships while crossing the Atlantic Ocean.

With 300 captives she arrived at Port Royal Jamaica in May 1700. On returning to England, storms plagued their exit and the ship foundered on New Ground Reef, 34 miles (55 kilometers) off Key West, Florida. All aboard perished at sea. 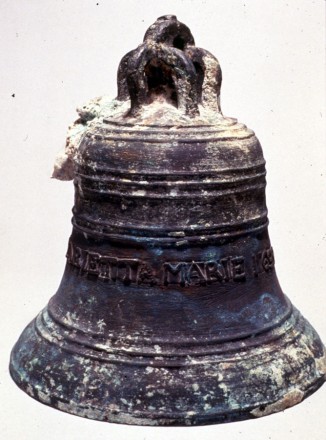 The shipbell of the Henrietta Marie.

The shipwreck was first found in 1972 but only partially excavated. It was not until 1983 that divers returned to the site. Archaeological research started with on-site field work with campaigns in 1984, 1985 and 1991. In July 2001 the site was reassessed during a ten days campaign. The team spent some eight hours a day under water. It took most of the week to uncover and measure the ship and a day to rebury her in the sand again. 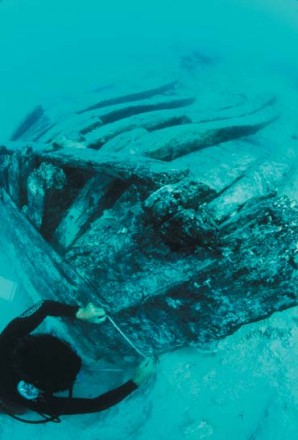 Symbols of slavery's barbarity, iron shackles told archaeologists for certain what type of ship the Henrrietta Marie was. More than 80 of these restraints, two of them padded with twine, were recovered from Henrietta Marie's remains.

The twine was used to prevent chafing, says marine archaeologist David Moore. But it was an economic thing, not a humane one. Fewer scars on the slaves meant higher value. Whether it was commonplace to wrap the iron loops remains a mystery. "I've never seen it documented in the historical records", he says. 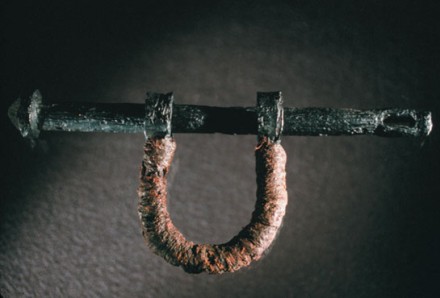 Brig, frigate, merchantship, slave ship. The Henrietta Marie was not specially built to be a slave ship.

Henrietta Marie (1609-1669) was daughter of the French king Henry IV married to Karel I of England Scotland and Ireland. 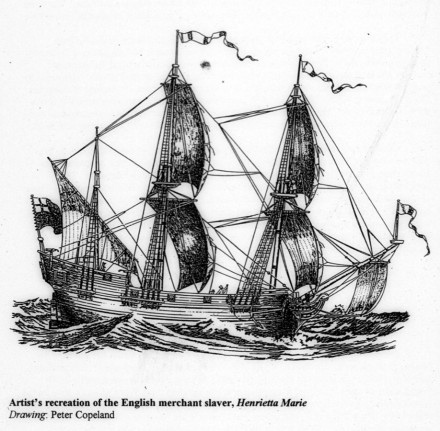 The hull is partly preserved in situ. 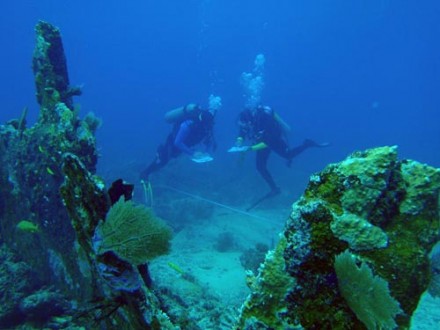