The ship originally sailed under the command of Henry Hudson and was destined to explore the North-East Passage to the Indies. Hudson had a different idea and used the Halve Maen in his attempt to find the Northwest passage to the East.

A journal of the now famous trip of Henry Hudson is written by Robert Ivet and described what their journey in search of the new route was like (Link to journal).

From 1611 onwards the ship stayed in the Indies protecting forts. In December of 1618 the Halve Maen burned during an attack on Batavia (present day Jakarta) by the English. 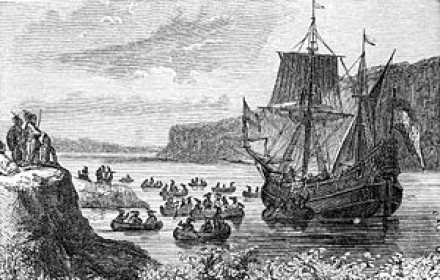 Drawing of the Halve Maen/Half Moon.

Replica's of the Halve Maen

In 1909 a replica of Halve Maen was gifted to the United States by the Kingdom of the Netherlands on the occasion of the 300th anniversary of Hudson's voyage. The ship was constructed at the Rijksmarinewerf in Amsterdam. This replica was on display at Cohoes, New York and perished in a fire on July 22, 1934.

Another replica of the Halve Maen (officially Anglicized as Half Moon) was constructed in Albany, New York in 1989 by the New Netherland Museum. 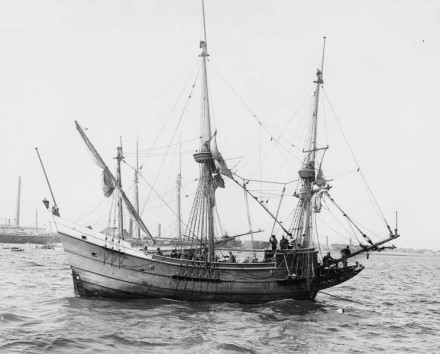 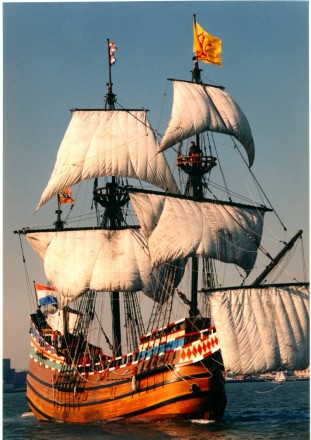 The Halve Maen has not been located yet. It burned down due to an attack from the English in the Bay of Batavia (present day Jakarta). 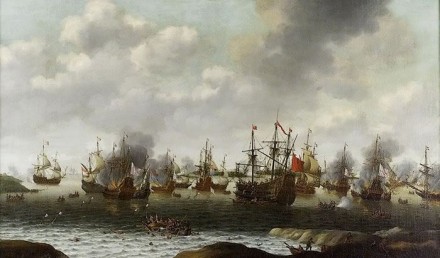 Example of an attack between the English and the Dutch.

English navigator and explorer who had worked for several Companies, attempting to find new routes to the East Indies. One of the voyages that made him famous was with the Dutch Yacht "Halve Maen". He sailed this yacht in 1609 for the Dutch East India Company (VOC). His assignment was to find a North East passage to the East. However, after getting no further than the North Cape he decided to try and look for a new route. A Northwest passage to the East Indies against orders of the VOC. During this particular voyage he reached the shores of New Netherlands, present day New York. The ship sailed back to Dartmouth where she arrived the 7th of November 1609. They did not return to the Netherlands because they would be imprisoned for neglecting orders. 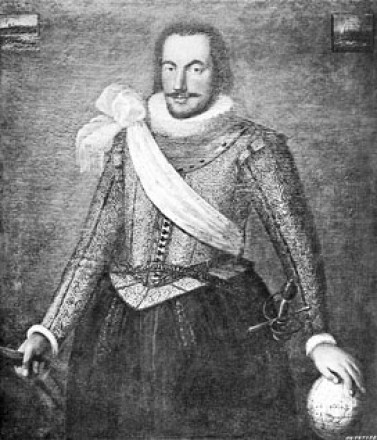 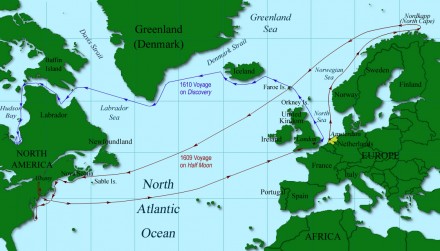