First settlement at the Cape

Nieuw Haarlem was built in 1636 by the VOC chamber of Amsterdam, and was on her fourth homeward bound voyage to the Netherlands in 1647. She was sailing from Batavia to Holland, and had just reached the Cape of Good Hope. She was caught in a storm and sank in Table Bay.
Part of the crew survived, and along with salvaged cargo, created a settlement in order to wait for another VOC ship to pass and rescue the survivors. A year later the survivors and remaining cargo were pick up by a passing ship.

During the forced stay of the survivors,the idea was born of founding a permanent victualing station for the purposes of supplying passing VOC ships with fresh water and fruit, and that could provide aplace for survivors of future shipwrecks.

To achieve this plan, the VOC sent an expedition of five VOC ships in 1652 led by Jan van Riebeeck to found a permanent victualing station. This was the only settlement ever founded by the Dutch East India Company that had no trading purpose, and merely served as a save haven for VOC ships that needed to moor for repairs, heal the sick, and take in fresh fruits and vegetables to keep their crews strong and healthy.

The wreck of Haarlem began the occupation of the Cape region by the Dutch. Riebeek's men built a small wooden fort in 1653, the Redout Duijnhoop, which was later replaced by the Castle of Good Hope, as well as a hospital. In addition, crops and fruits were planted to supply thepassing ships. To work the fields a number ofVOC employees were relieved of duty and assigned a small piece of land. Employees that had a craft, from which theVOC could benefit, such as carpenters and blacksmiths, were also given permission to settle at the Cape. 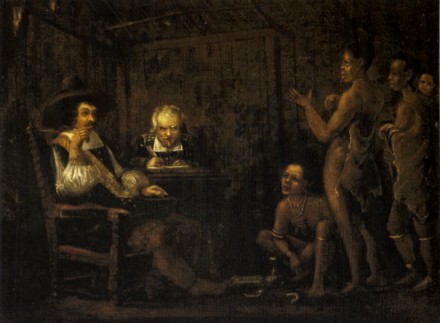 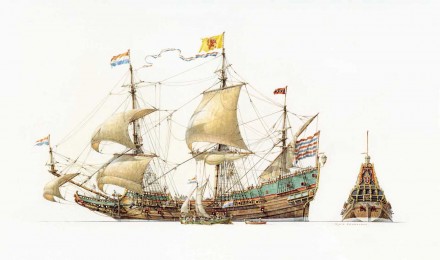