One of the biggest built medieval warships ever. Designed as a high platform from which archers and soldiers could from above shoot on their enemies. 'Grace Dieu was built in 1418, three years after the battle of Agincourt. She was the largest ship ever built in England: three times bigger than almost everything else for another two hundred years. According to Dr Justin Dix, a maritime geophysicist with Southampton Oceanography Centre, she is about twice the size of Henry VIII's Mary Rose a century later. 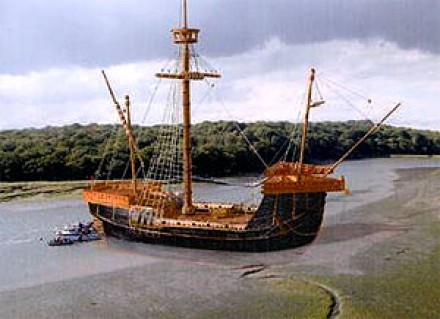 Computer impression made by Time Team 2004. Projected in the river Hamble. 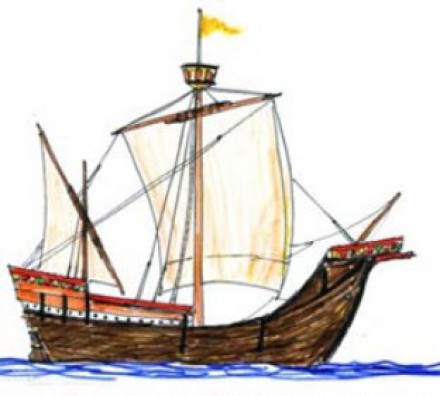