The ship had been built around 890 A.D. She was later used as a burial of a powerful chieftain who died in or around 900 A.D. The Gokstad ship, although not as luxuriously outfitted as the Oseberg ship, was by far the more seaworthy of the two. 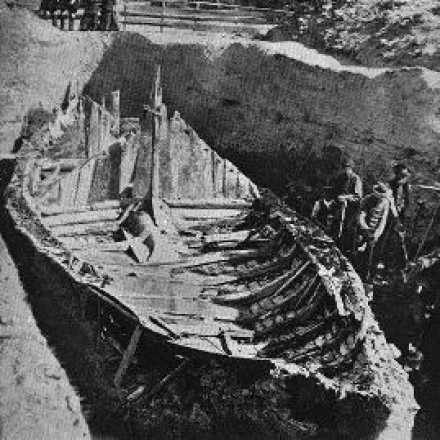 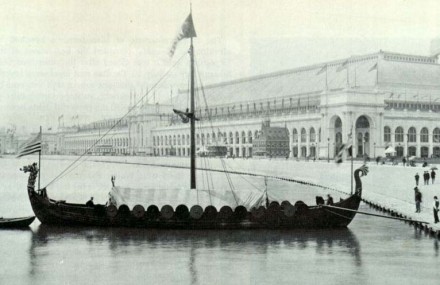 It is the largest in the Viking Ship museum in Oslo. The ship was build to carry 21 oarsmen, and the oar holes could be hatched down when the ship was under sail. While the ship was travelling in shallow water, the rudder would be raised.
The Gokstad ship, was seaworthy. Just how  seaworthy it had been, was demonstrated the first time when a copy of the Gokstad ship sailed the Atlantic from Bergen to the World Fair in Chicago in 1989.

The Gokstad ship is clinker-build. Constructed largely of oak. The ship is steered by a quarter rudder which is fastened to a large block of wood attached to the outside of the  hull and supported by an extra stout rib. 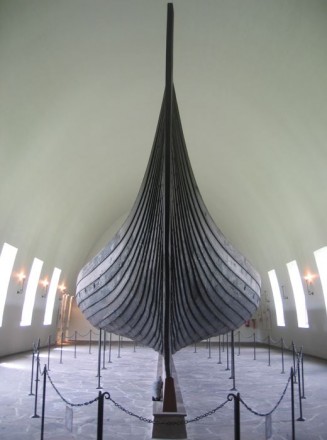 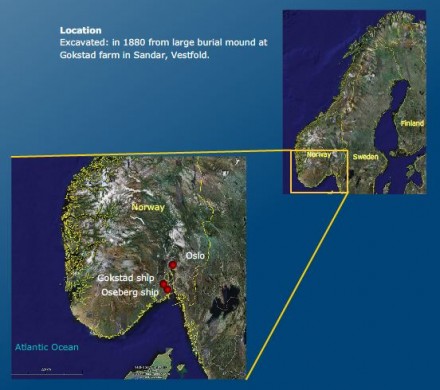