The turtle ship has been credited as being the first more or less iron clad ship in the world.

Sources indicate that sharp iron spikes protruded from hexagonal plates covering the top of the turtle ship. While it is clear from the available sources that the roof of the ship was covered with iron spikes to prevent boarding, there is insufficient evidence to support the claim that it was iron plated.

An advantage of the closed deck was that it protected the Korean sailors and marines from small arms and incendiary fire. The spikes discouraged Japanese sailors from engaging in their primary method of naval combat at the time, grappling an enemy ship with hooks and then boarding it to engage in hand-to-hand combat. 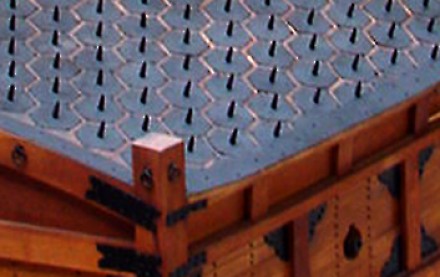 Spikes on the deck. 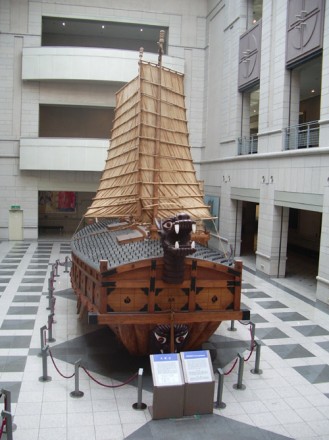 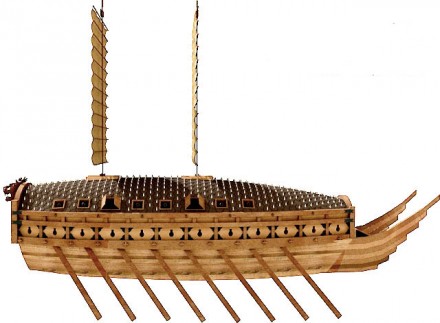 The turtle ship was technically a hull that was placed on top of a Panokseon, with a large anchor held in the front of the ship, and other minor modifications. 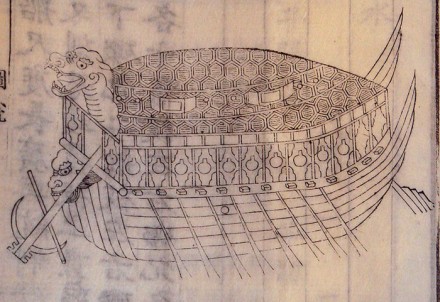