Ten rams (Egadi 1-10) are witnesses of the final sea battle that was fought between the Roman fleet and the Carthaginian fleet in 241 BC. The scene of the famous naval battle between The Romans and The Carthaginians has been located near Levanzo. It was the decisive sea battle of the First Punic war. A war between Rome and Carthage that lasted from 260-241 BC for the domination of Sicily and eventually the domination of the Western Mediterranean. The Egadi rams are the first to be found in an archaeological context, bear inscriptions, mainly in Latin but also in Punic. Roman anchors Besides the rams also several lead roman anchors were found near Levanzo. The anchors were lying on the seabed in line. It seems that the sailors cut the ropes and left the anchors in order to get at sea very quickly. It seems the ships were warships lying in ambush for Carthaginian merchant ships. Because numerous other finds have been made including helmets and amphorae shards were found in the vicinity of the anchors. Rams and other finds offers a rare insight in this famous ancient naval battle field. 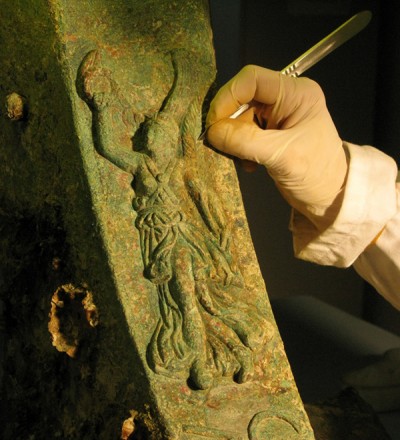 A little further south near the city of Marsala (ancient Lilybaeum) two Punic (war) ships were found dating to the same period. One of them is on display in the Marsala nautical museum. Marsala 1 wreck Three different archaeological sites on the western Sicilian shore are related to the same period and event; the First Punic war. 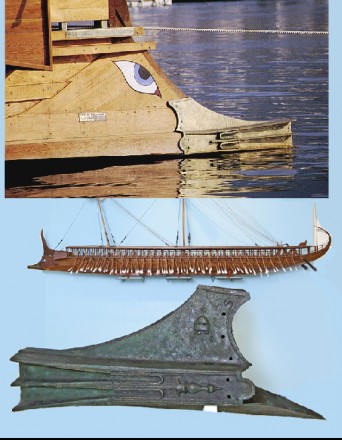 Ram on an ancient warship.

In the summer of 2010 a bronze ram (Latin; rostra) belonging to an ancient warship has been found. It was the third in succession found in the waters of Levanzo island western Sicily.
The Egadi Islands Project has so far (April 2013) yielded a total of ten ancient bronze warship rams. The rams, each weighing around 125 kilogrammes are made of bronze, were mounted on the prow of the warships (ancient triremes or quinquiremes), and were used to ram enemy ships. 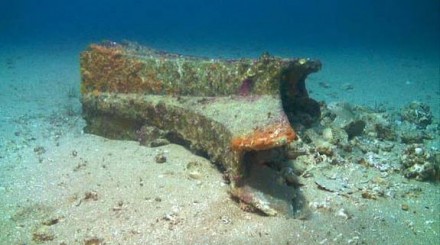 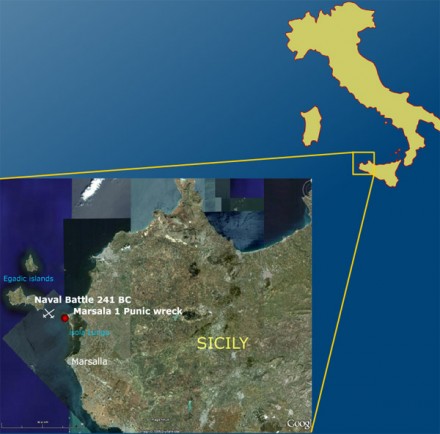 Scene of the battle.