The ship had sailed to Bombay from New York harbour in America loaded with paraffin oil and coal. The empty vessel, which had been reloaded with ballast stones for balance, wrecked while sailing around Sri Lanka towards Diamond Island in Rangoon two miles away from Akurala, Ambalangoda. She had collided on a reef by rough waves. Six from the crew was drowned and 14 were survived.

The incident was reported in the News papers. We found the articles of the Examiner Newspapers dated 8th to 11th May 1893 from the department of the National Archives Colombo. The value of the vessel is estimated as Rs. 300,000. In a one article it is taken light that there is another steamer ship which was wrecked close by few years ago.

The sheet below are included the detail which is available from the paper reports.

The sailing vessel is lying the east to west direction. Bow is facing east and stern to the west. The parts of the wreck a relying of 100m by 40m area. Most of the ship constructions can be identified. Bow, fore Mast , Aft mast and two main masts, turning axel, rudder and comparably small stockless anchor can be observed. She is resting on her portside on the sandy bottom. We found lots of information about the wreck from the old news papers. 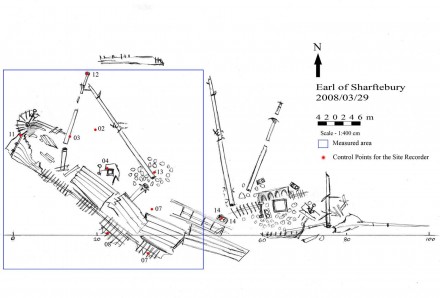 Site map of the wreck. 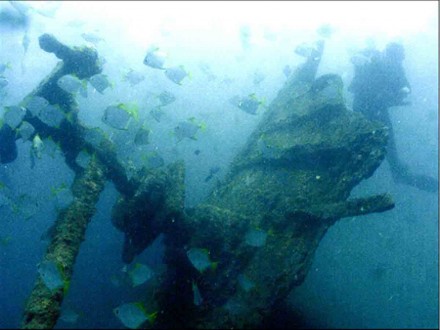 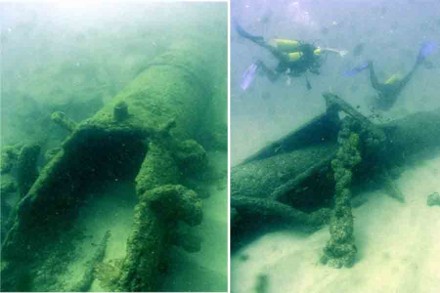 Masts of the ship.